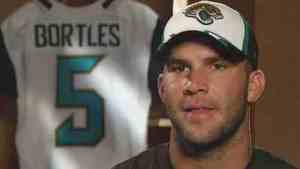 We’re halfway done. Six games are on the books, and there are seven left until the playoffs. There’s plenty of time left for players to surprise us — just look at what C.J Anderson, Jeremy Hill, and Odell Beckham, Jr. did in the second half of last season. What that means is, vigilance is required; I may sound like a broken record here, having emphasized the point of “pay attention” since Week 1, but it’s more true now than ever. If your leagues are anything like mine, it’s still anyone’s game (in one of my leagues, six of the ten players are 3-3). Read columns, watch games, scour statistics– stack the odds in your favor. Fantasy is a crapshoot, but being educated about the crapshoot never hurts. The adjustments made in the second half will make winners– and losers.

So let’s get to the educating.

How ‘Bout These Guys
Blake Bortles (QB, Jacksonville Jaguars): Bortles is sixth among total QB fantasy points and averaging over 20 fantasy PPG since Week 2, and going up against a Bills defense that is allowing 18 fantasy PPG to opposing QBs. He is a must-start this week for any Aaron Rodgers or Andy Dalton owner looking for a spot-start (and, for Peyton Manning owners, I think Bortles is a worthwhile start even after this week’s bye). Yes, the Jaguars are still a pile of garbage, but at least their quarterback is good now.

Colts wide receivers (who aren’t named Andre Johnson): Yay, the Colts don’t totally suck! Sure, they’re 3-3, but last week, Andrew Luck finally proved that he can throw (I like him this week, too, against a Saints defense that has allowed the second-most fantasy points to wide receivers this year). Donte Moncrief and T.Y. “No-Relation-To-Paris” Hilton, who had both been quiet with either Matt Hasselbeck or a semi-injured Luck under center for the past month, had good games against New England, with Hilton scoring 13 points and Moncrief scoring 12. This week, they are solid plays. The Saints secondary looks solid on paper, though that is almost entirely due to favorable matchups: injured Mike Evans, injured Larry Fitzgerald, Brandon Weeden throwing the ball, run-first Chip Kelly offense, etcetera, etcetera, etcetera. Start these two. Sit Andre Johnson, though; that guy’s the worst.

Steelers wide receivers: Everyone reading this probably thinks I’m dumber than a bag of rocks. “But Luke! There’s no Ben! That means no points!” First of all, the Steelers passing game looked a lot better last week with Landry Jones than it did the two weeks prior with Mike “Tha Puppy Killah” Vick. Second of all, Ben Roethlisberger might end up playing after all. Third of all, the Chiefs defense have allowed the most fantasy PPG to wideouts (32.5), having given up more yards to wideouts than any other team; and, they are also tied for worst in total receptions allowed (97) and total touchdowns allowed (11). So who’s the bag of rocks now? Hmm?

Travis Kelce (TE, Kansas City Chiefs): In case anyone was thinking about benching Kelce after three mediocre weeks (maybe in favor of Gary Barnidge), I suggest you don’t. For one thing, Kelce saw his targets shoot way up last week after the Jamaal Charles injury. For another, Jeremy Maclin is likely to play, but he only practiced once this week. On top of that, the Steelers have allowed the third-most fantasy points to tight ends this year. Don’t bench Travis Kelce.

Panthers D/ST: Much like Johnny Storm, or Denethor at the end of “Return of the King”, the Panthers are on fire. The much-talked-about 5-0 team have 11 takeaways this season, and they are up against an Eagles offense that turned the ball over four times last week alone. In addition to that, this week marks the return of AJ Klein and Jared Allen, and the second week back for Luke Kuechly. If you’re a Panthers owner, just sit back and watch the Eagles go down in flames. That was cheesy, and I sincerely apologize.

Not ‘Bout These Guys
Dion Lewis (RB, New England Patriots): D-Train. Lew Dog. Ronnie James Dion. Lew Carey. I don’t care what you call him (though if you use one of those, give me credit), it won’t make him do any better against a notorious Jets front seven that has allowed less total yards to running backs than any other team this season. I think that LaGarette Blount will be fine, since he proved to be a touchdown machine against a similarly stingy Colts line last week; Lewis, on the other hand, whose points have been largely tied to total yardage, will likely have another quiet week.

Ryan Tannehill (QB, Miami Dolphins): Tannehill is getting a lot of love this week as a streaming option: on ESPN and Yahoo, he is ranked eighth, and is landing on the “Start” end of a number of start/sit columns. The general consensus is that Tannehill has been trending upward over the past few weeks. He is not. Over the past three games, he’s thrown more picks than touchdowns, and he hasn’t had more than 15 fantasy points. He is at his worst under pressure, completing about 40 percent of his passes. You know what the Texans are good at? Yep. Pressuring QBs (here’s lookin’ at you, JJ). There are plenty of better streaming options, like Teddy Bridgewater and Josh McCown (and, see above: Bortles, Blake). Tannehill should be a benchwarmer until he proves to be otherwise.

Amari Cooper (WR, Oakland Raiders): I love Amari Cooper. I have a fantasy football crush on him. I have thought of him as a top-15 play every week. This week, however, he faces a very tough Chargers secondary that has allowed the third-fewest fantasy points to opposing wide receivers (behind only the Broncos and the Seahawks), despite matchups against players like Antonio Brown, Randall Cobb, Calvin Johnson, and A.J. Green. Amari is good, but he’s not better than those guys.

That’s all for now. There was a lot more love than hate this week; I guess I’m just feeling positive. Post your nicknames for Dion Lewis in the comments and, as always, How ‘Bout That Fantasy