Home / Soccer / Tom Murphy / Where do the USMNT go from here? 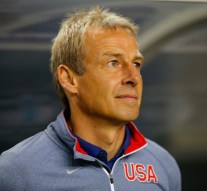 If you are going to judge the United States Men’s National Team performance in Copa America you need to look at two groups of numbers; 4-0 & 2-0, the scores of the US’s losses; or 13, 23, and 44, the FIFA rankings of the team that the US beat.

The United States won its group and even advanced to the semifinal before being utterly outclassed by Leo Messi and Argentina. The team will play for third place on Saturday night, but the postmortem on this tournament begins now. Let us begin.

Fact: The U.S. is a good team. Not a great team, certainly not the best in the world, and there is no dream team coming for at least a decade, but this team is good and can compete on the world stage. Losing to Argentina is expected, losing to Columbia is expected, but the U.S. played three good games this tournament and made it farther than any other team in CONCACAF, and the farthest they have gone in the Copa in over two decades.

Fact: The U.S. is finally developing and playing its best players (we hope). 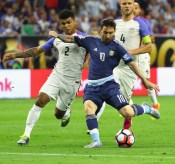 DeAndre Yedlin, Fabian Johnson, John Brooks, Gyasi Zardes, and Bobby Wood started all the games that they were eligible to play in while 17-year-old hopeful-phenom Christian Pulisic was given a full half to develop against the #1 team in the world. In the world of Jurgen Klinsmann’s this is earth-shaking progress as young American talent was given time to develop against meaningful international competition. Every one of these players figures to be a starter if the U.S. wants to make an impact at the 2018 World Cup and this tournament was the perfect opportunity for them to get playing time. Jurgen gave them that time and that investment will hopefully pay dividends in cup qualifying over the next 18 months.

The 4-4-2 formation is the best one for the U.S. right now. It matches the strengths and weaknesses of the roster and allows the team to use good wide players like Yedlin, Johnson, Bedoya, Pulisic, and Zardes (who should probably play at striker), while hiding the lack of a true #10 and allowing for 2 strikers.

The U.S. doesn’t have a striker who can play up top alone. Dempsey still has it, but not against top competition and not alone. Woods isn’t there yet and may never be while Zardes needs a partner for his to have any chance of thriving up top. Altidore could do it (if healthy) but he has also shown that he is so much better with a partner. Jordan Morris, who should have made the team instead of Wondo, thrives when partnered with Clint Dempsey at Seattle and pairing them together for the national team could lead to great things.

In the midfield there is no dominant  #10 on the roster who is forcing the issue and solidifying the role as a central attacking midfielder. A 4-5-1 or 4-2-3-1 needs a solid #10 to pair with not only the striker but the other central midfielders to link the play between the two. Unfortunately, the U.S. doesn’t have that player and playing 3 central midfielders doesn’t play to the American strength on the wings. This is compounded by the fact that team captain and one of the better and more experienced players, Michael Bradley, is constantly played out-of-position, as a hybrid #10.  When allowed to partner in a box to box role with Jermaine Jones and hopefully soon Darlington Nagbe perhaps this can be the midfield of the next 18 months.

The FIFA world rankings are always a little suspect; note the world cup champions Germany only at #4 below Columbia and Belgium.  But it is safe to say that America is better than #31, and has a lot of room to improve.

Chris Wondolowski has no place on the U.S. National team. He was terrible against Jamaica in the Gold Cup last summer and he was terrible against Argentina on Tuesday night. Clearly, he must have incriminating naked pictures of Klinsmann’s somewhere because he keeps getting on the roster and into important games. 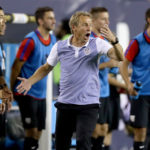 Kyle Beckerman could also have some blackmail material squirreled away for his name to continually show up on this roster. His inclusion makes a little sense, as he is a defensive player that offered at least a prayer of clogging up the middle and slowing down Messi and Co. He’s even been useful over the past year and a half, but he’s not the type of player you start against the #1 in the world. After a weak first half, Kyle Beckerman should have been subbed out at halftime along with Wondolowski. Better yet, Jurgen should have really acted like had nothing to lose against Argentina and gambled on the offensively minded Darlington Nagbe. But we’re dealing with facts here and the fact is that Jurgen doesn’t take many gambles like that. He played the same safe players in a big game and it meant the United States’ minuscule chance to win was reduced to zero.

The only positive about Jozy Altidore’s injury is that he was unable to make this list, because he would have started in place of Bobby Wood and been as complete a disaster as he usually is when he plays for the national team.

Jermaine Jones also played every game he was eligible for, which usually doesn’t end well. This tournament he flipped the script, and was critical in every U.S. win. In some ways that see’s Jurgen’s faith in his players rewarded, but if Jones’ form has slipped it would have been seen as stubbornness and bad coaching.

Fact: The U.S. still has a chance to be the third best team in the Western Hemisphere on Saturday night.

The U.S. will have a re-match with Colombia on Saturday at 8 PM. The USMNT will have all its starters back, so look for Wood, Jones, and possibly Bedoya to return to the lineup.

The U.S. will look for revenge against Columbia and if it gets they will have not only come in third in a major tournament, it will have beaten the third ranked team in the world (again, FIFA rankings are silly and don’t make sense, but 3rd is still 3rd.)

Be sure to watch the starters, subs, and formation for the U.S. on Saturday. If Jurgen tinkers then it’s a backslide for a team that has made a lot of progress this tournament. If the team stay consistent, if we see a 4-4-2 with the same starters that beat Costa Rica and Ecuador, then the U.S. is announcing that it has arrived, not atop the soccer world, but certainly among the serious teams who can make a little noise in the future.