Home / MMA / Will Raczkowski / Return of the Rising Sun: How Rizin Fighting Federation Can Change the Game for MMA

Japan has long had a deep relationship with martial arts, but it was additionally one of the first countries to really push Mixed Martial Arts competition. Pride Fighting Championships was once larger than the UFC, with some of the world’s best talent, and a remarkable rules set that made boring fights almost impossible. Soccer kicks, flying stomps, knees on the ground made fighting a constant battle where the competitors could rarely find a chance for rest mid-fight. A ten minute opening round separated the men from the boys, and usually provided a highlight reel finish of some kind. What made Pride especially fun to watch, however, was the amazing sense of showmanship from both the fighters and the promotion itself, the company just seemed utterly dedicated for providing for fans. 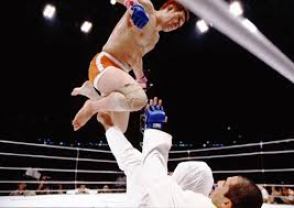 Pride hosted tournament championships, where contestants could fight up to three times in a single night before finally wrapping their hands around a trophy and a first-place check. The fighters walked out to the thunderous booms of traditional Japanese drums and pyrotechnics. Everything about Pride was as much spectacle as athletic contest. Oh yes…and their fights were incredible. Fedor vs. Cro Cop and Minotauro Nogueira, “The Fireball Kid” Takanori Gomi and Nick Diaz’s brawl of the century, the infamous rivalry between “The Gracie Hunter” Kazushi Sakuraba and the legendary Gracie clan, which saw the Japanese warrior best three individual Gracie family members. The bloody decade long title reign of Wanderlai Silva, the dominant Grand Prix run of Shogun Rua, and the ruthless aggression of the Chute Boxe MMA camp. Pride brought us a countless number of incredible fights and amazing athletes. However, Yakuza involvement and poor monetary management lead to the ultimate collapse of Pride, which was ultimately purchased by the UFC, and until now…the death of major MMA in Japan.

Recently the remaining executives of Pride have banded together and started a new promotion Rizin Fighting Federation, bringing some of Japan’s top up-and-coming talent, legends of the Pride era like Fedor Emelianenko (who many consider the greatest fighter to ever walk the earth), and recently, a partnership with USA promotion Bellator, giving American fighters the chance to expand their brand overseas and test themselves against the intensity of the Japanese rules system.

Now, Rizin has its work cut out for itself in trying to once more challenge the UFC for prestige, but simultaneously, the difference between the American and Japanese rule sets can be a major game-changer. The Japanese rules, on the surface, seem far more brutal. Kicks to the head of a downed opponent are allowed, as are knees to the head when both men are on the mat. Elbows on the ground are not allowed, and the opening round is ten minutes long. Additionally, refs are allowed to distribute “cards”, similar to that of a soccer match, if fighters are stalling and not engaging in the fight. 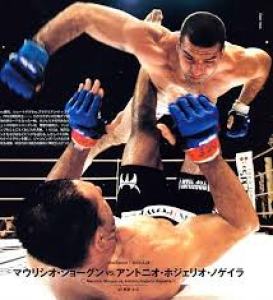 What viewer need to understand about these rules is they are actually for more than just bloodshed, but instead for ensuring a faster paced fight, with a higher finishing percentage. Many fans complain about slower paced fights in the UFC where a wrestler can take someone down, not really advance his position, and throw some light punches and elbows to rack up points. In Japanese rules, the inability to use short elbows on the ground means a wrestler would have to completely posture up and throw full blown strikes from the top to score points, or risk losing points for stalling. This increases the spectacle of true ground and pound, while also making submissions more possible for the man on his back, as well as escapes back to the feet. Additionally, knees to the head on the ground give wrestlers a chance to finish the fight, but also a chance for someone on bottom to escape, as the need for a wrestler to shift his base to effectively knee gives the fighter on bottom a moment to advance his own position. As for the brutal power of soccer kicks…they’re just highlight central. Finally, a longer first round changes how individuals fight and increases the potential for a finish before the final bell.

If the Rizin Fighting Federation can channel the energy and production value of Pride, a promotion that genuinely inspired a sense of awe in the pre-fight ceremony, and effectively showcase the different rule set and market it as a more exciting style of fighting, as well as use the Bellator partnership to grow both brands internationally, we could see a genuine turf war for the best fighters on the planet, and the result is a more satisfied fan base….and a higher paid athlete. If both the UFC and Rizin/Bellator can begin to compete for prestige, both will have to step their game up to keep fans interested, and as a result the athletes will be paid higher to assure that the better fighters go to whatever respective promotion pays best. Competition breeds excellence, and the height of the UFC vs. Pride era brought unforgettable moments from both sides. The rising sun may be making a comeback, and it’s hard to not be excited.

Also…do yourself a favor and listen to the PRIDE theme song, all you need to hear to know PRIDE is awesome. You try to not get pumped after listening to that.