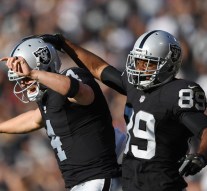 I cannot remember many other instances where a 7-9 season was viewed as positively as people tend to view last year’s Raiders, but that’s where you see how much young superstar talent can change perceptions seemingly overnight. Since the Gannon/Gruden-led 2002 Super Bowl squad, this once proud franchise had become the NFL’s red-headed stepchild, one with severe ADHD, as the whimsical and reactionary temperament of the aging Al Davis meant coaching staff and management turnover that proved to be very destabilizing.

Things started changing around 2012. Despite deteriorating health, and, as many around the team would argue, a worsened ability to think critically and communicate with others in his old age, Al Davis refused to relinquish personnel and football decision making power up until his death in October 2011. This caused the Raiders’ to put a terrible product on the field for the vast majority of the 2000’s, and is the reason why most younger NFL fans under the age of 20 or so do not associate the silver and black with a “Commitment to Excellence” in ways that older generations do. It’s unfortunate to say the following, but as an objective outside observer it’s hard to argue against the notion that Davis’ passing was a good thing for the Raiders, and acted as a major catalyst for welcomed organizational change. In March of 2012, His son Mark Davis inherited the team and hired HC Dennis Allen and longtime Packer front office exec Reggie McKenzie as GM. Allen fell victim to the “Bad Carson” segment of the Carson Palmer career roller coaster, so he flamed out in two years and was replaced by Jack Del Rio. McKenzie though, has single handedly turned this team around with the following three moves in chronological order:

Sometimes, honestly, its that simple. When you can grab three superstar-caliber talents at premium positions (one of whom, a quarterback) within the span of 12 calendar months, you have the ability to fundamentally change the trajectory of your franchise. Reggie McKenzie has been far from perfect with his drafts, and he’s had his misses (yellow-handkerchief cornerback DJ Hayden probably his most egregious) but if we are sitting here in 2019 and Carr, Cooper and Mack are all top 5 players at their positions, it won’t matter. Everybody and their mother has this Raider team as this year’s sexy dark horse 10-6 surprise, and you don’t have to squint that hard to see why.

It all begins and ends with the kid

In recent years, the Raiders have poured endless resources into their offensive line, with nothing to show for it largely because the QB playing behind that line either didn’t have the arm to complete NFL throws (Matt McGloin) or straight up couldn’t read an NFL defense (Tyrelle Pryor). Now they finally have their guy, and you can see why many consider the ceiling for this unit to be quite high. I can envision a world where Carr is well-protected, and hangs in the pocket long enough to complete an endless onslaught of deep crossers and posts to Cooper, back-shoulder throws to gangly Crabtree, and seam routes against overmatched linebackers to promising second year TE Clive Walford. When I watched this team’s 2015 film, one thing that stood out to me was the insane amount of time that Carr had to look downfield coming off shotgun-playaction, and a lot of that was because of the success they had running those Chip Kelly-type sweeps where they pull both guards to the strong side. If you obsessively scour fan blogs all day (why would you, right?), you’ll see that a pretty large contingent of Raiders fans are not pleased with Latavious Murray at this point…Upon reviewing his 2015 film I have no idea why. He is the perfect fit for this one cut zone blocking scheme, and there are times when his initial burst surprises people. Very much like Stafford’s breakout 2011 season where he threw for 5,000 yards, I can see Carr developing something special with his own Megatron, Mr. Amari Cooper. Playing both Denver and KC twice doesn’t help, but don’t be surprised if this Raider O rolls up 400 yards/game and 26+ points.

Return of the Mack (dontcha know that I’ll be back)

Offense and scoring is sexier, so nobody is talking as much about the Raiders Defense, but considering they finished last year a more than respectable 12th in DVOA, you can argue that the ceiling here is even higher than the other side of the ball. Let’s get this out of the way right now: Khalil Mack will be the best defensive player not named JJ Watt very soon. He’s phenomenal. In addition, it’s important to realize the amount of talent Oakland brought in. Sean Smith has ever so quietly been a top 12-15 cornerback in the NFL since he broke into the league in 2009. This past March he was overpaid to come to the Black Hole to cover opposing 1’s. Can’t really beat Oakland up too much about it, over-payment is the nature of free agency, and Smith will immediately become the best Raider CB since the glory days of Nnamdi Asomugha, which seems like forever ago.

One year after signing Seahawks LB Malcom Smith in free agency, the Raiders went back to the Seattle well and came away with LB Bruce Irvin. Given that he was taken 15th overall in 2012, and shared the field during the same era with so many transcendent players in the Legion of Boom, many Seahawks fans viewed the overshadowed Irvin as somewhat of a bust. This isn’t really fair if you watch the film, he is a more than adequate NFL linebacker and will provide an immediate upgrade over former Falcon standout Curtis Lofton who got old really quick.

They also signed free Agent Safety Reggie Nelson. “Reg-na”, a former pro bowler in Cincinnati, has had an up and down career since being taken 21st overall by the Jaguars in the 2010 draft, but he should be a real upgrade at safety where Oakland had practice squad guys last year. Jack Del Rio was the coach that picked him as a 22-year-old kid back then, and now he gets to coach the much improved and more mature Nelson as a 32-year-old man. Lastly, once cannot ignore that the Raiders spent their 1st, 2nd and 3rd round picks on Defenders, nabbing West Virginia Safety Karl Joseph and then two decorated collegiate pass rushers Jihad Ward and Shaq Calhoun in the next two rounds. Defensive end is the type of position that is largely about physical ability and does not have a steep learning curve; players can make a huge impact immediately. That’s basically the case you can make for this Oakland D being top 5: the young DE’s eat tackles for lunch, rushing throws into the waiting arms of the talented veteran secondary that features 8 pro bowls combined. Overall, I think this will be a top 10 unit, which is ultimately what keeps the floor low for this team, regardless of how much or how little Carr develops.

This team has the goods. They are more talented than they have been in forever, and are finally headed in the right direction. I don’t think they’re quite there yet, though: they will finish 9-7, and miss the playoffs.