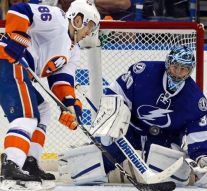 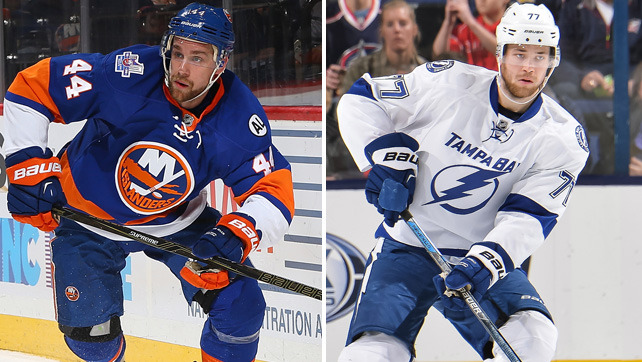 Underachieve in the regular season? The best way to make everyone forget is with a strong postseason run, which is what both these teams are looking for.

The New York Islanders, fresh off their first postseason series win since 1993, look to get back to the conference finals for the first time since that same ’93 season, while Tampa hopes to punch their ticked to their second consecutive conference finals.

One of the under-the-radar story–lines of round one was the emergence of Jonathan Drouin, who, were it not for the injury to Steven Stamkos, might not even be in the NHL right now. The former top prospect turned problem child slotted into Tampa’s second line and busted out for four points in five games against Detroit. His speed and skill were noticeable, and will be needed against the Islanders, as only five—yes five—Lightning registered a goal in the first round. 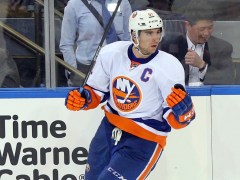 For the Isles, the story upfront is John Tavares, who was nothing short of phenomenal in practically willing his team to victory in the deciding Game Six against Florida. Alan Quine (who?) came out of nowhere to provide a much needed injection of speed and energy to the top-6, but again the question will be, who scores aside from Tavares? The Islanders were a one line team against Florida, and that has to change if they are to beat this Tampa team. The Martin-Cizikas-Clutterbuck trio—which failed to register a point in round one—has often been called the Isles second best line, and that’s not necessarily a good thing. Tampa, with their speed and three balanced lines, has the edge here. 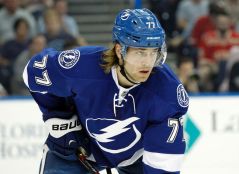 Victor Hedman is a stud, but unfortunately for Tampa, he can’t play the whole game, only about half of it. The loss of Anton Stralman—who may be back sometime this series as he recovers from a fractured fibula—looms large for The Bolts. It didn’t hurt them in round one, but Detroit put forth a disappointing effort, and it figures to only get more difficult from here on out. Nick Leddy had a massive series for the Isles in round one, and will need to do it again against a very quick Tampa team. Ryan Pullock showed some serious offensive flair against Florida with three points, but was injured in Game Four and is on the IR, although he could be back soon.

In many ways, the matchup on the backline is the exact inverse of the matchup up front: The singular star (Hedman/Tavares) vs. depth. I’ll take the depth. The Isles may only go three deep defensively, but that’s two more than Tampa.

Once thought to be a weakness, backup turned playoff hero Thomas Greiss was nothing short of spectacular in round one, posting a .944 SV%, and actually outplayed the veteran Roberto Luongo. But can he really do it again?

Ben Bishop, meanwhile, is a former Vezina finalist and is playoff battle tested, having posted a .921 SV% in the Bolts run to the finals last season. Yes, he has some ugly career numbers against the Isles, but so did Henrik Lundqvist against Montreal a few years back, and we all remember how that conference final turned out.

Both teams were excellent on the PK this year, landing inside the top-10, but Tampa, for all their talent, was awful with the man advantage (28th in the league), while the Isles (17th) were merely not good. The skill level on The Bolts roster far exceeds their dismal PP standing, but even after going a competent 5 for 23 against Detroit, it’s tough to throw out a seasons worth of history. 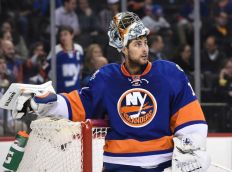 Islanders: A two-pronged attack, both parts of which are easier said than done. First and foremost, New York must protect Thomas Greiss. Greiss, as was mentioned earlier, was excellent in round one, but Florida averaged 39 shots a game—and many of those 39 were not what you would call routine saves. Yes, three OT games skews that number a bit, but the Isles must give their keeper—who is a classic regression to the mean candidate—much more help than he had against Florida. How to do it? Forecheck Tampa’s questionable d-corp, and keep them in their own zone.

The second part of the Isles battle plan must be to get someone—anyone—going other than John Tavares, who can’t be asked to do it all alone again. Kyle Okposo had six points and Frans Nielsen chipped in with three goals, but the rest of the Islanders forwards were MIA in round one. The likes of Brock Nelson and Ryan Strome—if he even draws back into the lineup—must get going if the Isles are to advance.

Tampa: Play fast. The Islanders will likely be looking to grind their way to a series victory—a lot of dump ins, hits, and play below the icing line—and if it becomes a grinding series, it’s not to the advantage of the small and speedy Lightning forwards. Tampa has to break out of the zone quickly—which at times starts with Ben Bishop, an excellent puck handler—and get the puck up to their forwards when they’re in space. The likes of Nikita Kucherov, Tyler Johnson, Ondrej Palat, and Drouin are deadly in transition, and can strike in a hurry—just ask the Rangers, who were made to look slow by The Bolts this time last year.

They have the experience, the skill, and the goaltending. It should be a close series, and expect Bishop to have to steal a game or perhaps two—something he’s show he’s capable of. The Isles are a good story and and have finally gotten over their playoff win drought, but Tampa, with their speed and quick strike approach, will prevail.