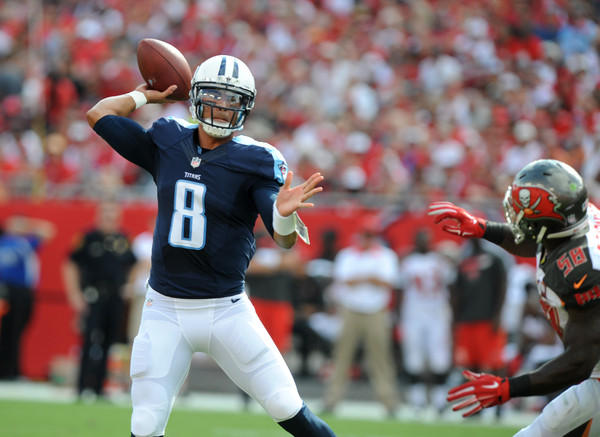 One week down, already plenty to talk about. Let’s dive in.

The St. Louis Rams repeated their home-field heroics of one year ago, knocking off the reigning NFC Champions in Overtime to start the season on a high note.

St. Louis’ passing offense was a pleasant surprise in Nick Foles’ debut. Foles completed 18 of 27 passes with an impressive 9.5 yards per passing attempt. But the real story of this game was the St. Louis Rams defensive line which might have been the most impressive unit in the first weekend. Russell Wilson was sacked 6 times and knocked down another 3, with second-year stud Aaron Donald leading the way with 2 sacks and 3 QB hits. A Marshawn Lynch rush for negative yardage was a fitting ending to cap off this impressive performance. Upset of the week.

It’s only one game and the Seahawks undoubtedly missed secondary stalwart Kam Chancellor, but with how good St. Louis’ defense could be, St. Louis made their claim to contention early this year. If Nick Foles can lead the Rams to a competent offense, this team could be very good very quickly, especially with rookie running back Todd Gurley in the wings. Overnight, the Rams have become one of the league’s most intriguing teams.

What Everyone is Talking About: Giants 26 – Cowboys 27

In a game the Giants looked certain to win, Tony Romo led yet another game-winning drive as he attempts to shake the reputation as a late-game choker, a title I have never understood.

After a frantic attempt to get the on-field officials and timekeeper on the same page, the Giants had a 3-point lead with 4 minutes and 20 seconds remaining and 40 seconds on the play clock. Instead of allowing the clock to tick all the way down to the 3:40 mark, Eli Manning called for the snap at 3:57. Minutes later, the Giants made the aggressive call to try to pass for a score instead of run to ice the game inside the Cowboys’ 10 yard line, only to see Eli throw the ball away and stop the clock with about 90 seconds to play.

I don’t necessarily disagree with the decision to pass, however it needed to be established before the play that an incompletion cannot be an option. Eli Manning needed to go through his primary and secondary option, and then take the ball and go to the ground if neither were available.

Even without timeouts, the Cowboys had enough time to gash the Giants defense for a touchdown drive that looked entirely too easy. The Cowboys are a better team and showed that on Sunday night, but the Giants had a layup for the win and found a way to give it away.

What Everyone Probably Should Be Talking About: Colts 14 – Bills 27

The Bills delivered the most convincing win of the week, dominating a Super Bowl favorite and arguably the best Quarterback in the league. Rex Ryan called a blitz-happy defense in his Bills’ debut, putting huge pressure on Colts QB Andrew Luck. Luck could not get comfortable all afternoon and the Colts offense was shut down cold, accomplishing next to nothing until a pair of garbage time touchdowns made this game look closer than it actually was.

And then there was Tyrod Taylor. Even the most optimistic of Bills fans could not have predicted such a rosy debut. Taylor was not asked to make a large number of difficult throws, running an offensive gameplan predicated on short, simple throws. When Taylor did throw downfield, the results were occasionally spectacular, highlighted by a 51-yard touchdown throw to Percy Harvin which ended up as one of the best throws of the week.

Despite being a popular pick to win the AFC, the Colts played like one of the NFL’s worst teams Sunday. They may have stumbled out of the gate, but so long as they have the best Quarterback in the league and play the worst division in football, they will be just fine.

As for the Bills, that defense looks terrifying. It is much too early to proclaim Tyrod Taylor a viable starting QB, but this was undeniably a good start. This team could be dangerous with competent QB play. Don’t forget that Rex Ryan took Mark Sanchez to the AFC Championship.

“Football is the best” Moment of the Week: Titans 42 – Buccaneers 14

Marcus Mariota had the most electrifying career debut this side of Robert Griffin III. In the much-hyped matchup between the first two picks of the 2015 Draft, the Titans offense ran rampant. Mariota went 13/16 with 4 touchdowns and no turnovers. This guy is going to be fun to watch all season long.

Peyton Manning cannot throw. Peyton Manning cannot throw a football anymore. No matter your feelings on him, seeing an All-Time Great go out like this is always jarring and awful. All the same, the Broncos managed to notch a quality win against a good Ravens team at home. The Broncos defense was hugely impressive, holding Joe Flacco to 117 yards passing on 32 attempts. Conversely, it’s hard to imagine how the Broncos’ offense could have been any more unimpressive both passing and running the ball. To repeat as champions in a solid AFC West, Denver’s defense is going to have to do the heavy lifting all year. It’s hard to imagine Manning in his current state keeping up with the very good offenses in San Diego and Kansas City.