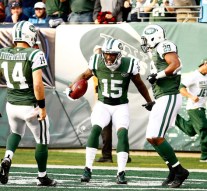 So, when a casual fan/twitter troll thinks of the Jets, what comes to their mind?

Do they think of their drunken renegade of a Quarterback with more career picks than TDs, who’s considered a legend only because of a guarantee he made in Super Bowl III? Do they think of the Butt Fumble? Do they think of Bill Belichick accepting a coaching position with them then leaving in the middle of the night? No matter which way you slice it, the Jets Franchise has had some wholesomely embarrassing moments in their history, but frankly I’ve always thought the whole “woe is me, that’s so Jets” schtick is kinda played out.

The fact of the matter is the Jets have been a relatively stable franchise for the past 20 years or so, which is a hell of a lot more than the rival Dolphins and Bills can say. Herm Edwards, Eric Mangini and Rex all made the playoffs with this organization and crafted respectable rosters. But where are we in 2016 with Gang Green? I think most Jets fans now look back on the Rex Ryan years like it was a summer fling with a girl who had a nose ring and smoked swisher sweets: an exciting and passionate affair that ultimately lacked substance (a developed QB).

Since deposed GM John Idzik, while disastrous, never gets enough retrospective credit for stripping the roster of any and all impactful talent and slimming the cap sheet. He didn’t last long enough to enjoy the fruits of his frugal exercise, but it was Idzik’s parsimonious strategy that ultimately allowed current GM Mike MacCagnan to go on a spending spree which delivered the Jets that very good 10-6 team they had last year.

Due to the youth, athleticism and talent the Jets have on their D-Line, there is a misconception that this is a young team on the rise, but the reality is quite the contrary. Gang Green has a list of about half a dozen players playing key roles for them who are over 30, and if they are ever going to catch the Pats, the time is now with Brady only playing 12 games.

That’s what Jets detractors kept screaming about over the WFAN airwaves all spring and summer. While I do certainly have trouble thinking Ryan Fitzpatrick will have the type of year he has last season again, I don’t think the step back will be as pronounced as others do. OC Chan Gailey, who was Fitzy’s HC in Buffalo years ago, knows exactly what his bearded passer can and can’t do. 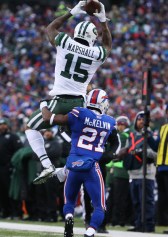 Frankly the Jets offense in my opinion hinges more on what Brandon Marshall and Matt Forte are able to do in their advanced ages. I think a huge X Factor this year is TE Quincy Enuwa, who isn’t really a tight end, as much as an H back type of guy who does a bunch of different things. If you want proof of what this kid is capable of, look at him sprinting down the sideline of their Week 16 win against the Pats, when not one, not two, but three New England defenders completely underestimate his speed as he runs by them on a clear out. The Jets’ base offense is 3 by 1, so he will get 50+ snaps/game if that holds true in 2016.

I didn’t realize how great Chris Ivory was the first two months of last year until I looked at the numbers. As much as the Jets will gain from Forte’s superior receiving ability, this idea that he will be the banger between the tackles at age 30 in the way that Ivory was is very wishful thinking. Fitz was good off of play action last year, throwing an endless stream of in-breaking dig and post routes to his big targets in the intermediate range, but if you can’t run the ball effectively the play fake falls on deaf ears.

The team’s offensive line also worries me. Longtime left tackle and Long Island native D-brick Ferguson retired this past year. This put the Jets in a major bind until they were able to pick up LT Ryan Clady, who was Peyton’s ultra-talented yet ultra-fragile blindside protector in Denver. It’s quite simple: If Clady stays healthy then he is an upgrade over Brick, but the odds of him playing 16 are slim to none. Nick Mangold is still a top 5 center in the league, but on the other side of the line, RT Breno Giacomini (who was bad to begin with) is now probably missing the first couple games. All in all, this offense should be able to score points again, but I’m not sure if they can withstand an injury to Marshall, Fitzpatrick, Clady or Mangold.

Here is where the bread is buttered. The Jets had a top 5 defense last year, and you can make a strong case that they could be better in 2016. 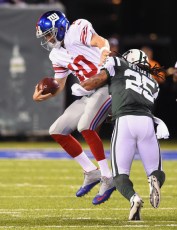 I hated Calvin Pryor as a rookie, I thought he would be an epic bust. To me he just seemed like the archetype of a hulking in the box safety who gets turned around in coverage and couldn’t play in a pass happy NFL. As my girlfriend will tell you, I’m not always right. He is a beast, and could very well be a second team All-Pro as soon as this year.

Meanwhile, the D-Line is ferocious. Richardson and Wilkerson (coming off a broken leg) are already All-Pro caliber dudes, and Leonard Williams will be there soon. There is no way anyone will run on this team, even though they lost Snacks Harrison in free agency. When they make teams one-dimensional they have the ability to make life real difficult on a QB.

They added Ohio State LB Darron Lee in the first round this past year, and he could not be more different from incumbent MLB David Harris. Lee ran a 4.47 at the combine, and is once again (I say the following a lot) the type of futuristic LB that would probably be playing safety had he been born 10 years earlier. He will play the “Mo” role in Bowles’ defense, which is basically their jack of all trades role, tasked with covering guys, rushing the passer, even stepping outside on slot WRs. Not sure how much success a LB will have trying to cover Julian Edleman and Jarvis Landry for 4 games but we’ll see. Harris is old reliable for this Jets D, he’s the more traditional downhill LB who seeming never “makes a play” but always prevents plays from being made, if that makes sense?

If you wanna craft the “Jets D-Line is overrated” argument, then look no further than the Raiders game last year. As great as Sheldon Rich, Mo and Leo are…at the end of the day they aren’t TRUE pass rushers in a Von Miller/Cam Wake kind of way. They’re just pocket collapsers. During that Oakland game, which was arguably the best O-Line the Jets went up against, Carr had all day to throw and picked New York apart.

On the corner, Antonio Cromartie is gone, thank God since he was a burnt piece of toast. HOT TAKE COMING: by the end of the 2016 season, there will be loud internal whispers about moving Darrelle Revis to safety. If you watch the Bills tape from Week 17 last year against Watkins, you see a 31-year-old corner who is being asked to do things he can’t do anymore. Opposite Revis you have Marcus Williams, who is mystery meat, but Skrine is one of the better slot corners in the League so overall this should be a solid group. Fairly confident were looking at a top 10 group here, question is can they be top 5?

Bill Parcels obviously knows a lot more than I do, but I have never been a buyer of his age old phrase: “you are what your record says you are”. I think this is one of those picture perfect examples of something that happens so often in the NFL: sometimes, you can be a fundamentally better football team than you were the year before, but finish with a worse record. The Jets last year feasted off a weak slate on their way to a 10-6 finish and the sledding is exponentially tougher in 2016. This year I have them going 9-7 and competing with Oakland, Houston and some other teams for a playoff spot.