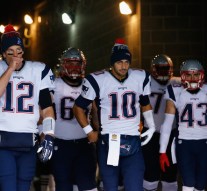 Pay no mind to Brady missing 4 games, they’ll be just fine. Living in New York, in the sea of Patriot Detractors, oftentimes I hear absurd shit come out the mouths of dumb guido Jets/Giants fans named Salvatore who work in construction: 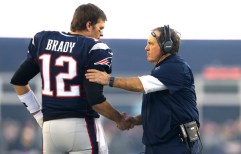 Get. A. Grip. As a Dolphins fan who went to college in Chestnut Hill Mass, I learned a long time ago that betting against the Pats, regardless of how sound your logic may seem, is a fool’s errand. Now in year 16(!) of the B&B dynasty, you can make a case that the window is closing. You can make a case that the Patriot’s 53 isn’t actually THAT talented, it’s just that Brady covers up so many draft blunders on the part of Bill. Hey fuck it, you can EVEN make the case that the Jets will win the division this year if you really wanted to.

Whatever your “case” may be, I sincerely regret to inform you that it’s wrong. This team is going to win the division again this year. Let’s dig in to see exactly why…

The evolution of the Patriot’s offense since Brady took over in Week 3 of 2001 serves as a brilliant expose on two things: A) how insanely pass-happy the league has become relative to the early 2000’s and B) How brilliant B&B have been in constantly tweaking the Pats to further suit the core competencies that NFL offenses need to display. As far as I’m concerned, you can parse out New England’s offense into 4 separate time periods: 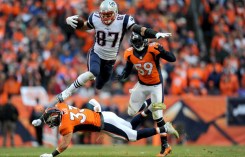 I am not sure what the Pats offense will look like with Jimmy Cheekbones, but it obviously will take a huge step back. The only case I think you can make for the Pats staring out 0-4 is that the running game doesn’t have the talent to take the ball out of Jimmy’s hands in a way that Patriot fans are hoping. Blount, White and crew just aren’t that good to the point where they can be relied on to get 120+ yards consistently. Overall though, once Brady gets back, this will be a Top-5 group…again.

And did we mention Gronk? No? Well… you know… Gronk. What more is there to say. 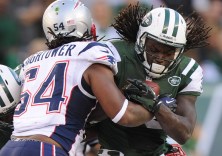 New England’s defense has quietly been a top 10-12 unit the past couple years, and honestly I don’t even think they’ve hit their peak. The one hole you can poke is that they don’t really have any A+ players now that Chandler Jones is gone, but have a shit load of B+ players that when added together, can really do everything that is asked, and more. Jamie Collins and Donta Hightower are up there with the Carolina guys as arguably the best 1-2 punch at LB in football. They rush the passer, cover backs and tight ends, and stop the run. They do everything.

The line could potentially be a problem spot though if they don’t get anything from 2015 1st rounder Malcolm Brown. He was good last year in very limited action, but they need him to be a 40 snap player in 2016. People who say Bill doesn’t draft well (frankly, he doesn’t, hes not bad but hes an average drafter IMO) point to guys like Dominique Easley, their 1st rounder in 2014 whom they already cut. Cutting a first round pick after only two years would be miserable for any other team, but not one with Brady masking other flaws.

In the secondary, you have a mixed bag. Malcolm Butler, the Super Bowl hero from two years ago, has blossomed into an above average corner. On the other side, you have Rutgers guy Logan Ryan who is probably average, but average corners are valuable in a league that passes so much. An under the radar guy that I personally like is safety Duron Harmon. Kid is really rangy, and when you play next to All-Pro Devin McCourty, you can afford to take risks and jump passes you otherwise wouldn’t. I think this will be a top 10 D no matter what Garoppolo does.

11-5. Yea Pats fans, I don’t think you’re unstoppable this year. I think Jimmy G wont show much, but he wont piss on himself either and Brady will return to a 2-2 record. Upon his return, this team can win the Super Bowl. They always can. It will be a matter of how good they match up against the Steelers, Bengals, KC and maybe even the Jets depending on how Fitz plays. But at the end of the day, even if you don’t want to admit it, we all know who is going to win this division.

Disagree? Feel free to write your incorrect comments below.