Home / MMA / Will Raczkowski / The War is Over: MMA Comes to the Big Apple 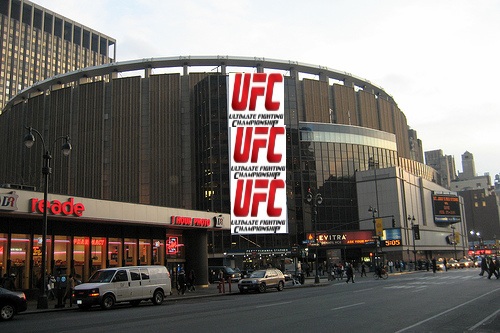 For the past 20 years, Mixed Martial Arts has been completely illegal and unsanctioned in the state of New York, in spite of the plethora of champions, contenders, and teams that call the state home.  It was banned for a slew of reasons, everything from the culinary union trying to battle against the UFC-owning Fertitta brothers, to old politicians seeing karate-brick breaking demonstrations in the sport’s infancy.  Yes, New York had rejected the fastest growing sport in the world in spite of obvious financially beneficial reasons to sanction the sport, and in spite of native New Yorkers’ history within the sport.

Yesterday, in a state senate vote that passed 113-26, New York entered a new sporting age, giving fighters from the empire state the chance to fight at home in front of fellow New Yorkers, as well as give the UFC, Bellator and World Series of Fighting a chance to book the incredible venues that NYC has to offer for major events. 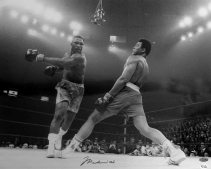 Now, for a pugilism fan like myself, the idea of New York banning Mixed Martial Arts because it was “barbaric” and “too violent” always seemed hard to swallow, especially considering the city’s rich boxing history.  James Braddock, Jake LaMotta, and Mike Tyson called the state home.  Madison Square Garden hosted Maciano vs. Louis and Ali vs. Fraiser.  The Big Apple has always had a close relationship with combat sports. When MMA surged into the mainstream, with New York natives Matt Serra (Welterweight champion who knocked out a young George St. Pierre) Chris Weidman (knocked out Anderson Silva and became Middleweight Champion) and Jon Jones (arguably the greatest fighter to live at only 28 years old) dominating, it seemed like only a matter of time before MSG was sold out.  However, a sticky and sometimes ugly legal battle ensued, for many nefarious and childish reasons, which finally culminated in an overturning of the ban.

The senators who stood by the ban, however, only served to demonstrate the originally absurdity of the sport being banned in the first place.  The ignorance flowed like a river, as senators for New York cited domestic abuse cases in the UFC (because the NFL, NBA, NHL, and MLB never had those, right?) as a reason to keep the fights outlawed, and viewers were treated to one senator going so far as to compare the sport to homosexual pornography.

Additionally, the sources of the politicians’ information was laughable at best.  Who was the authority on domestic violence and trauma in MMA for these state leaders?  None other than…Bryant Gumble…from Real Sports.  No doctors, fighters, or psychologists were brought in for presentation, no medical journals discussed or reviewed, simply a segment from HBO’s REAL SPORTS.  Additionally, there was a large segment of that same piece that highlighted the positives Mixed Martial Arts training was providing to veterans struggling with PTSD.  That, however, wasn’t important enough to make the discussion I guess.

Now, fans can look forward to a new era in Mixed Martial Arts.  The ability to host an event at Madison Square Garden is a major statement for the sport’s official acceptance into the mainstream, and one of the biggest stages in the history of combat sports will finally get to play host to the newest generation of champions as it had in the golden age of boxing.

As for the first event, the UFC has already stated it’s at work booking and building a card for MSG that would be one for the history books. With Jon Jones and Chris Weidman currently looking for the opportunity the reclaim their respective belts from their hated California rivals Daniel Cormier and Luke Rockhold, we could have some major hometown heroes take center stage for the pride of the city.

The New York Senate voted yesterday to abandon it’s archaic and outdated mindset that Mixed Martial Arts, blood and all, does not deserve to be played in The Greatest City in the World. And for us MMA fans, this marks a brand new era in fighting as we eagerly await a return to the classic East Coast – West Coast battles we’ve enjoyed through sports history.

Let’s let the fists do the talking from here on out.