It’s likely that March Madness got its name not from the unpredictability and the regular upsets, but the pure insanity that we are all driven to as year after year we watch our innocent, clean, hopeful brackets break down after a day and half. So while we’re all torn between rooting for an underdog upsetting a favorite (see Middle Tennessee) and loathing an underdog for upsetting a favorite and upending our brackets (see Middle Tennessee), we can take solace in the other tournament taking place at this time: Mascot Madness.

Be sure to let your opinions be known in the comments and check back tomorrow for the next round of Mascot Madness!

The Governors take their nickname from the university’s namesake while the Jayhawks were an abolitionist group in the 1800s. Lack of originality would normally win over a bloody past, but with the rough political landscape we’re currently going through and a logo that looks more like a tough oil baron than a supportive politician, the Jayhawks win this one.

Anyone can request Jonathan the Husky to show up at an event which is a big plus. But CAM the Ram has a name made entirely of capital letters. Good luck finding that anywhere else. 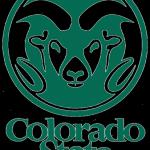 In an ironic twist on the beloved fable, the lower seeded jackrabbits have a chance to take out the confident terrapins. This time, hare beats tortoise.

Vili the Warrior was as fierce as they come, and he’s a family man too, leaving the University of Hawaii to spend more time with his kids. Without a true mascot Hawaii would lose to almost anyone in the first round…except Oski the bear. He looks friendly…but that’s about all he has going for him. 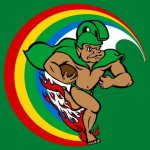 WuShock is full of history and a reminder of the athletic program’s humble beginnings. According to science, wildcats are naturally carnivores and do not eat grains. Victory to the Shockers. 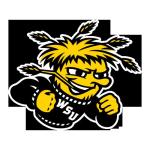 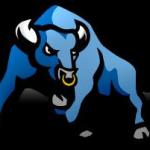 A classic battle of the birds, Iowa is able to overcome its lack of superhero marketing by using the name Herky, but that can’t beat Stella the Owl and her part time gig as a teacher at the zoo. 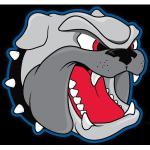 The Duck has just about everything you’re looking for in a mascot: lovable appearance, an agreeable yet controversial deal with Disney, a healthy physique from countless pushups, and a suspension for fighting a cougar. But there’s one thing it’s missing: a name. And that’s where Ignatius T. “Iggy” Crusader is able to pull off the upset. 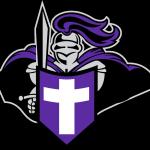 One needs an explanation and one never stops flapping its wings. There’s a reason the Hawk is one of the most decorated mascots in the league.

In what may be the most unexciting matchup in the competition, bears and bulldogs are two all too common mascot choices around the country. When in doubt, go with the one that would win in a normal fight: bears take this one on a technicality. 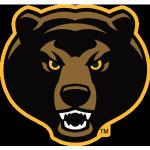 It’s tough to pick against a mascot that shares your name, but Sammy the Seahawk can’t stand up to the history behind the Blue Devil. Though it was met with resistance and took a few failed tries to catch on, it’s a call back to soldiers, World War I and an allied victory. 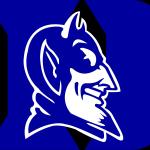 Not only are there no other longhorns across the US, but Bevo has also attended a presidential inauguration and had a five hour long Christmas special on the Longhorn Network. 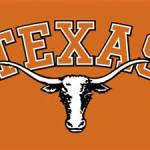 While the phoenix is unique and a powerful mythical creature, it’s tough to give support to Phlash when it spells its name wrong for alliteration’s sake. Ultimately, that’s irrelevant since Reveille IX, the Border collie representing A&M, is the highest ranking member of the school’s corps of cadets. 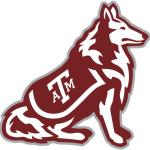 Rodney the Ram is a mascot of the people. Over 1,200 surveys were collected to give Rodney his new look in 2010, proving his ability to listen to what his constituency wants. His resume is listed on his website for a quick look at his past accomplishments. And that’s enough to beat Benny’s past as a bronze statue come to life. 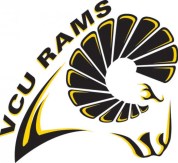 Is roadrunner singular or plural? Don’t bother checking the school’s website because it’ll confuse you even more. The Sooners win by default.

As their number one seed implies, North Carolina has the weapons to run all over you. And Rameses is no different, appearing not in one, not two, but in three forms at UNC sporting events. It’s a triple threat that’s simply too much to handle.

USC is another recipient of an all too easy first round matchup. Is he smiling? Is he remembering past sins? The face of the Friar is too terrifying to understand. 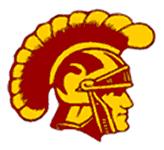 Another 5 vs. 12 seed that’s too close to call. The Hoosiers bring a punch by having a number of past mascot representations, (a Collie, an old guy, a bulldog, and a bison), but the Mocs counter with a history of their own featuring a water moccasin, a moccasin shoe, and a mockingbird. After this long battle, the Mocs come out on top by at least having a mascot today.

An updated take on the age old cat vs. dog rivalry, only this time, one species is a mythical sea creature. 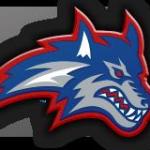 Notre Dame fans might think they have this one locked up: the leprechaun is real, he dances, he jigs, and wild wolverines aren’t even native to Michigan. They don’t even use a real animal! But when you remember that live wolverines had to stop being used because they were too ferocious, it’s clear that Michigan is as tough as they come. 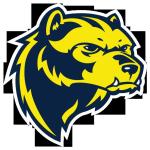 If only schools could tie! Here we have two universities represented by genuine, bearded men. They’re tough, they’re manly, and they openly wield weapons. The Lumberjacks may have an axe with a face on it, but the Mountaineer gets a tailored costume every year, and that’s a level of class that’s difficult to find.

ROC the panther has a stellar resume. Another all-capital-letter name and possibly the first panther mascot in the country, ROC is fierce, formidable, and alliterative. Bucky Badger however, is tried and true, having survived scandal and political threats from politicians. Like Howard Koop’s failed attempts in the 70s, ROC comes up short.

The Xavier Musketeer has a sidekick simply named the Blue Blob. 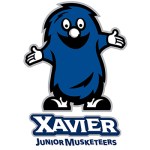 Wahoo! It’s an unofficial name, but it’s officially a top rallying cry. He’s got a horse, he’s got a sword, and he’s got our hearts.

Anytime your school has two mascots, you have an advantage over your opponent. Anytime one of those mascots is a member of an organization called the Saddle Tramps, you have a win. 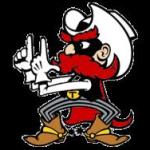 Just in case you needed extra clarification of this nickname, Purdue’s mascot is the Boilermaker Special. There have been 7 and it’s a train.

A cardinal is used to represent Iowa State University because of the school’s colors: cardinal and gold; and because the school decided a cyclone would be too difficult to make into a costume. Maybe they’re right, but that negative attitude won’t help them in round one.

A dog named Spike? A student named Captain Zag? Normally two lockdown qualities, unless you’re up against a team that’s called the Pirates because they literally stole victory away from another team. That’s an origin story that’s hard to compete with. 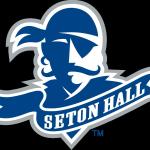 Utah uses a red-tailed hawk as their mascot, a bird indigenous to the state. The Ute people are a tribe native to Utah and the state is named after them. Utah pride runs deep with this team. 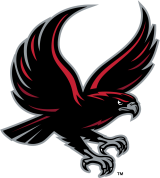 This is a unique matchup: a barnstormer in Rudy Flyer and an orange in Otto. The individuality of both mascots would be enough to beat many teams in the first round. When picking the orange as the mascot, the University’s Chancellor put together an 18-member committee who elected a wolf. The Chancellor then ignored that recommendation after a successful campaign from the students who acted as the Orange. That’s dedication.

Sparty is 7 feet tall and weighs 30 pounds, presumably with 0% body fat. His abs show through his armor. His knee caps blend seamlessly with his thigh muscles. He was born to win.