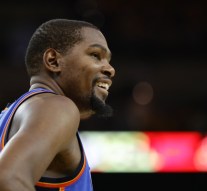 A 73-win professional basketball team just replaced Harrison Barnes with Kevin Durant. A team that was an unforeseeable Finals collapse away from immortality just added one of the three best basketball players in the world. Holy fuck.

No transaction of this size and impact has happened in any of the major American sports leagues since LeBron’s “Decision” to “take his talents to South Beach” in 2010. And unsurprisingly, the reaction among fans and observers was very similar to both events.

How dare he turn his back on the city that loved him? Where’s that competitive fire to beat your rivals instead of joining them? Did this move really do anything for NBA fans other than give us one more team that has no prayer of winning the title?

The other side of the reaction has been grounded in analysis of what exactly the Warriors will look like as a basketball team next year. There is little question of “fit” here. There is little mystery surrounding what the Warriors will try to do next year. This isn’t the early-LeBron era Heat trying to figure out how to accommodate both LeBron and Wade’s ball-dominant wing games at the same time.

Golden State will now feature a lineup of three lights-out shooters who require constant attention. Look forward to Durant and Curry getting more open looks than they’ve ever seen AND wide open cutting lanes for role players like Andre Iguodala and Draymond Green to attack the basket. In a League that is trending more and more toward pick-and-roll based offenses, how does one defend a Durant-Curry pick-and-roll, exactly? Switch? A 7-footer gets a jump shot against a Point Guard. Fight through the pick? That’s more than enough daylight for Curry to be lethal off the dribble.

On the other end, the Warriors now feature 3 elite defenders in Green, Iguodala, and Thompson and two more very good ones in Curry and Durant. Does this team have a weakness now that Durant fills their biggest hole – a man who can get to the rim at will when defenses have to respect the jump shot of every man on the court? Size to match up with bigger teams, maybe? Well, signing Zaza Pachulia for nothing gives them a very good rim protector off the bench. As for Zaza’s negligible offensive contributions, forget it. This team doesn’t need Zaza to provide offense. Depth may now be their Achilles heel, but Zaza was step one in what Golden State should do to fill the rest of their bench – get good value on guys who are chasing rings. Tack on David West signing for the veteran’s minimum and the talk of Ray Allen possibly signing up to be yet another three point threat and that depth issue should become marginal at best. Filling out the rest of the roster should be no trouble now that their starting lineup has this unholy combination of talent.

All of that on-court consideration points to an easy, logical response to every criticism levied against KD for The Decision 2.0: “Fuck that. Why wouldn’t he sign with Golden State?”

As a Wizards fan, I’ve spent most of my NBA-related energy over the last three years on the pipedream that Durant would get tired of the Western Conference bloodbath and choose to be an Eastern Conference Finals shoo-in every year in his DC home. And I don’t begrudge him a bit for choosing a much more attractive professional situation.

If there’s anger or annoyance to be had from all of this, it’s obvious where it should be directed: look at Ernie Grunfeld and Ted Leonsis for running a basketball operation that marquee names want no part of; at Sam Presti for trusting Durant and Westbrook to Scott Brooks and Billy Donovan or trading James Harden for a roll of quarters because Clay Bennett didn’t want to pay the luxury tax; at every team that made him a less attractive offer.

At the end of the day, this is a grown-ass man leaving a very good professional situation for a better one. And why shouldn’t he? It’s nothing more and nothing less than nearly everyone would do in a comparable situation.

Kevin Durant does not owe the neutral fan a more competitive NBA. He does not owe Oklahoma City or its fans more than the years of fun and contention he has already provided. Barring injuries, it is already abundantly obvious where the League is going next season. We’ll all be going there because the current Collective Bargaining Agreement allowed one of the faces of the League to exercise agency over his own career as should be and is his right.

So get off his back people, because I promise you 10-11 months from now when Durant lifts the NBA Finals trophy, he is not going to care about where you think he should have played.

Winning fixes everything and so long as he wins, this criticism will be nothing but ambient noise in the background of a championship parade down Oakland.