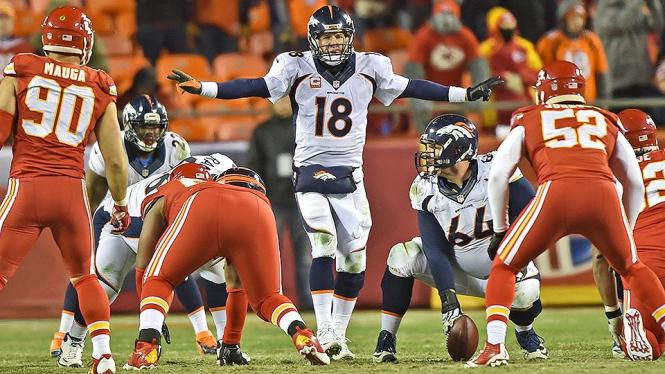 We saw ugly game after ugly game after ugly game on Thursday nights last season, and this season’s slate of midweek action is not off to a good start. It forces players to play a dangerous game on an accelerated recovery schedule. It does not give coaches adequate time to construct game plans. And for a league that always harps on about the importance of player safety, pushing for an expanded 18-game regular season and more of these Thursday night games makes their concern for player safety look disingenuous at best. Thursday night football is an unholy disaster.

Having said all of that, this matchup between the AFC West’s two best teams in the Denver Broncos and Kansas City Chiefs could prove to be quite important when we look back on the season. No matter how the Broncos went about doing it, getting a 31-24 win on the road against your main divisional competition is one mark of a contending team, even when it takes a Jamaal Charles fumble and scoring two touchdown in 9 seconds to clinch it.

But this is the second week in a row we’ve seen the Broncos struggle offensively. I wrote in my last post that the saddest thing about watching Week 1’s games was watching future Hall-of-Famer lob eephus pitches all over the field to his receivers against the Ravens. Manning regrettably offered little to comfort the people who don’t want to believe the end is near last night.

One could make the case that he did just enough at just the right moments to get the win, and they would not be wrong were they to do so. That does not change that Manning gave his detractors lots of reasons to start planning their Peyton Manning Retirement parties. Manning threw a bad interception for that was returned for a Touchdown, he underthrew, and overthrew, open receivers, and the ball arrived for the receiver too late on certain routes and too early on others. And most distressingly, he airmailed multiple routine throws that also easily could have been intercepted.

What’s more intriguing to me than Peyton Manning’s numbing fingers is Denver’s Head Coach – Quarterback relationship. The logic behind hiring Gary Kubiak was sound: the Broncos had a deteriorating Quarterback who fallen off a cliff during the second half of 2014 and a promising young running back in C.J. Anderson; the goal, to save the miles on Peyton’s arm for the moments that matter most. It only took two weeks to expose this strategy as impractical if not downright inapplicable for Denver’s personnel.

The Broncos flatly don’t have an offensive line good enough to operate a run-first scheme. Through two weeks, the Broncos have rushed the ball 47 times for 130 yards – an absolutely BRUTAL 2.77 yards/carry. After another very slow start, Manning and the offense both raised their efficiency once they started running more passes out of shotgun, eventually moving to a replica of the no-huddle Peyton Manning offenses of old. Manning ended the game with 45 passing attempts.

Denver’s saving grace in the game was that the Chiefs passing attack was even more ineffective. Alex Smith had one of the worst games of his career, registered a QBR of 7.4 out of a possible 100, per ESPN.com. Unlike the Broncos, however, the Chiefs were able to find some success running the ball. Jamaal Charles carried 21 times for 125 yards, a nice 6 yards/carry average. The difference for the Chiefs is that they have both Jamaal Charles and a good offensive line – good enough to execute an effective rushing gameplan against one of the NFL’s best defenses.

And HOOOOOOOLY crap does this Denver Broncos defense look great. In back to back weeks, they have forced turnovers and kept two good offenses at bay and were the difference in the game. This is not to say that the Chiefs failed in all offensive aspects. Their running game is terrific and it was again last night. Even against a stout front seven, they were able to pick up big chunks of yardage. But as long as Alex Smith is your quarterback, the ‘Alex Smith Question’ is going to rear its ugly head in moments like these: is this a guy who can move the ball through the air against good defenses when you need him to the most? Had Alex Smith simply been his typical, league-average self last night, the Chiefs probably walk away with the victory.

We saw the Chiefs fail to close out a winnable game at Arrowhead against a team that struggled to move the ball for much of the game. We saw Denver’s defense ride a dominant performance to a win again. What we did not see is one team clearly establish supremacy over the other.

I was struck as I watched by how similar these two teams are. They are both teams with potentially dominant defenses and offenses who both recognize the limitations of their Quarterbacks and really want to run the ball. I must admit that despite last night’s outcome, the Chiefs look like the better, more balanced unit so far. They lost last night because Peyton Manning did just enough to put together scoring drives when the Broncos needed him to.

And that will be the recurring theme that will decide the AFC West this year: Can Peyton Manning do just enough to be dragged, kicking and screaming, to wins by an elite defense? It is no secret that Manning is very conscious of his legacy. He is desperate for another ring to validate the one he already has. Manning has spent his entire career re-writing record books on underwhelming teams, asking his defense to do just enough to give him a chance in big games. It’s an odd twist of fate that he will spend this season sitting uncomfortably in the Last Chance Saloon with the shoe on the other foot.