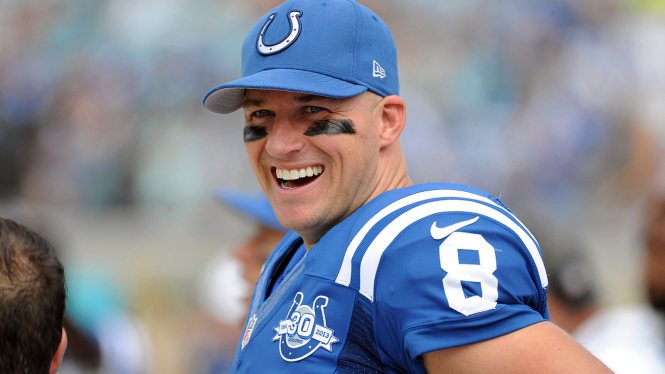 One could guess that this performance from the Broncos is much closer to the kind of gameplan Gary Kubiak envisioned at the start of the season. After throwing at least 40 passes in their first three games, Peyton Manning dropped back to pass a modest 29 times compared to 22 designed runs — a much more balanced and much more Kubiak offensive attack. Manning was solid if unspectacular, but that was compensated for by Denver’s running game finally getting into gear, with running backs Ronnie Hillman and CJ Anderson combining for 146 yards on 22 carries.

On the other side of the ball, the NFL’s best defense flexed their muscles yesterday, recording 7 sacks and an additional 4 QB knockdowns. Teddy Bridgewater was the best quarterback on the field in this game, recording a solid 66.4 QBR, per ESPN.com despite being under intense pressure for most of the game. Adrian Peterson finished the game with decent numbers (16 carries, 81 yards, 5.1 yards/carry), but more than half of his rushing yards came on one play, a 48-yard dash. Minnesota probably would have liked to use the rushing attack more, but they spent much of the game playing from behind and were unable to do so.

This was the best matchup of a relatively boring week of the schedule. Denver has now won three of their first four games in the closing minutes, but will gladly take their 4-0 record and convincing lead in the AFC West just one quarter into the season. The only team that stands a realistic chance of catching Denver is 1-3 Kansas City. Already three games back and on the wrong side of the tiebreaker, the Chiefs face long odds.

Minnesota, on the other hand, should be setting their sights lower than Divisional glory. They are flatly not good enough to catch the Packers in the NFC North. However, they may just be good enough to sneak into the playoffs as a wild card team. Apart from their embarrassing Week 1 display against a depleted San Francisco team, the Vikings have strung together three impressive performances.

In order to reach the postseason, Minnesota will need to stay in good form after their bye week next Sunday. After a friendly run of schedule against the Chiefs, Lions, Bears, Rams, and Raiders, the Vikings’ second half schedule is absolutely brutal: Packers – Falcons – Seahawks – Cardinals – Bears – Giants – Packers. Starting now, encouraging performances will not suffice. They need to rack up the wins before they become much more difficult to procure.

What Everyone is Talking About: Cowboys 20 – Saints 26

Drew Brees made a triumphant return to put the Saints into the win column for the first time in the 2015 season. Brees was as good as he’s ever been — 33/41 for 359 yards (8.8 yards/attempt) and 2 Touchdowns (80.7 QBR, per ESPN.com) — and threw in some overtime heroics to lead the week’s highlight reel and make New Orleans the toast of the NFL for one evening.

The Saints’ offense purred all game long just as it did in Brees’ heyday. After ranking 18th in offensive DVOA in weeks 1-3, the Saints’ offense rebounded with a titanic 462-yard output. Mark Ingram even averaged 4.5 yards/carry, nearly a full yard better than his previous season-best of 3.6. The Cowboys are now 0-2 without star QB Tony Romo and find themselves tied for the NFC East lead with New York and Washington.

Lost in the background of Brees’ brilliance is something much more troubling for the Dallas Cowboys: backup Quarterback Brandon Weeden was perfectly competent and the still managed to lose the game. Weeden went 16/26 for 246 yards (9.5 yards/attempt) and 1 Touchdown (80.9 QBR, per ESPN.com, but there are a lot of empty calories there: easy throws, yards after the catch, etc.).

If there was ever a defense that Weeden could perform adequately against, it was this New Orleans outfit that entered the game ranked dead last in the league in DVOA against the pass. However, the Saints are not good at stopping the run either (18th), and the running game that Dallas was meant to lean on in Romo’s absence offered nothing. Joseph Randle and platoon-mate Darren McFadden combined for just 57 yards on 22 carries (2.6 yards/carry) as New Orleans loaded up the box and dared the Cowboys to pass.

New Orleans gets to enjoy the win, but the outcome of this game is of little consequence to the Saints. Even in a division of questionable strength, they find themselves in a deep hole without the requisite personnel to dig themselves out.

Dallas’ circumstances are wholly different. After a 2-0 start with wins against two divisional opponents, the Cowboys gave themselves an early edge and needed only to tread water until Romo’s return. If Dallas wants to win the East, they cannot be wasteful with good performances from Brandon Weeden as they were Sunday night.

What Everyone Probably Should be Talking About: Chiefs 21 – Bengals 36

Referred to in this space one week ago as the AFC’s second-best team, the Bengals did all they could to change that evaluation in their favor in this rout against a fellow playoff contender. The Bengals have been one of the most complete teams of the NFL’s first quarter and they have opened a sizable division lead over Baltimore and the Roethlisberger-less Steelers.

This team’s permanent question mark, Andy Dalton, has earned himself plenty of doubters, but he’s also been one of the best QBs of the first four weeks, ranking second in QBR with an unsustainable but still impressive 87.7. To put that number in perspective, Tom Brady has been brilliant thus far and still ranks a full 4.6 points lower. If Dalton can continue to play at a high level, there is no reason the Bengals can’t finally achieve postseason success.

The Chiefs would be just in feeling they got a raw deal with their early schedule. After a week 1 romp over hapless Houston, they’ve faced three teams that are now a combined 12-0. They have a talented defense and plenty of offensive weapons for Alex Smith to use. The schedule also lightens up significantly for them immediately, with an inviting run of schedule (Chicago, Minnesota, Pittsburgh, Detroit) before a vital rematch with Denver on November 15. Catching Denver for the divisional lead already seems unrealistic, but in a top-heavy AFC, the Chiefs are still solidly in the running for a wild card bid.

Your “Football is the Worst” Moment of the Week: Jaguars 13 – Colts 16

God dammit, Jaguars! You do realize that most of the quarterbacks you’re going to be playing this season won’t be Korean War veterans, right? You can’t beat Matt Hasselbeck? God, you’re the worst. (Also, a quick shout out to the Browns for losing their game in the most Browns way possible)

Jets 27 – Miami 14: It’s tough to blame the Dolphins for firing Joe Philbin, but it is just as tough to imagine that a new coaching regime is going to save this season. When was the last time that a team that switched Head Coaches midseason has made the playoffs? I’d be surprised if it had ever happened before. As for the Jets, they’ve had a pretty easy time of things through four games as far as strength of schedule is concerned, but at 3-1, they’ve earned themselves the inside track for an AFC wildcard spot.

Giants 24 – Bills 10: With a good passing offense and two very close losses, the Giants have been the NFC East’s most impressive team. With Tony Romo out for at least 4 more weeks, the Giants have a chance to put some distance between themselves and their rivals with a very friendly upcoming slate of games (49ers – Eagles – Romo-less Cowboys – Saints – Buccaneers). Say hello to your new NFC East favorites.

Panthers 37 – Buccaneers 23: The Panthers improve to a soft 4-0 after playing the league’s easiest schedule of the first four weeks. Things get tougher in the next month with games against the Seahawks and Packers, but it’s tough to fault the Panthers for winning the games on their schedule that they’re supposed to win.

Eagles 20 – Redskins 23: Despite a second-half outburst from Sam Bradford, the Eagles couldn’t do enough to compensate for a dreadful first half. Washington got a solid performance from QB Kirk Cousins as the Redskins held a 22 minute and 16 second edge over the Eagles in time of possession. The Redskins are now 2-2 in a three-way tie atop the NFC East while the Eagles surprisingly sit in last place.

Raiders 20 – Bears 22: Jay Cutler — who is not all that different from Jesus Christ or Keanu Reeves, really — returns from injury and leads the Bears to their first win of the season against Oakland. Martellus Bennet had his first big game, a good sign for Chicago’s offense. As for Oakland’s offense, this game was a big step backward. Derek Carr, Latavius Murray, and Amari Cooper had been one of the League’s most pleasant surprises of the first three weeks. The Bears entered this game with the League’s worst defense and Oakland managed a paltry 243 total yards on their way to a last-second loss.

Texans 21 – Falcons 48: Boat race of the week! This game was even more of a blowout than the scoreboard suggests, with Atlanta starters Devonta Freeman and Julio Jones removed from the game early in the second half after building a 42-0 lead. Atlanta improves to 4-0 in convincing fashion with easy games to look forward to (Redskins – Saints – Titans – Buccaneers – 49ers). The Texans, on the other hand, are in for a long year. Poor DeAndre Hopkins. Poor JJ Watt.

Browns 27 – Chargers 30: A game that featured weirdly great quarterback play from both Philip Rivers and Josh McCown. And in this week of atrocious kicking, this game also featured weirdly good kicker play! Travis Coons and Josh Lambo combined to go 7-7 on field goals and 4-4 on extra points, with Lambo delivering the coup de grace in the game’s final seconds (thanks in large part to a late Cleveland penalty which allowed him to re-kick the game winner which he had just missed).

Packers 17 – 49ers 3: Colin Kaepernick’s downward slide continues. He doesn’t have much help, but Kaepernick has gone from being regarded as a sure-thing franchise QB to being part of the problem for San Francisco. His QBR is an unimpressive 38.6 so far. As for the Packers: they won a game and Aaron Rodgers was great again. Yawn.

Rams 24 – Cardinals 22: Arizona pays dearly for three bad turnovers including an interception in their opponents’ end zone and lose their first game of the year. As for the Rams: they just beat the NFL’s best team of the first three weeks and they’ve already beaten the Seahawks. And they’re going to finish 7-9. It’s who they are. It’s what they do.

Lions 10 – Seahawks 13: We’re one quarter of the way through the season, which is far enough that “it’s early” no longer qualifies as an excuse for underperforming teams. This Seahawks offense is really worrying.