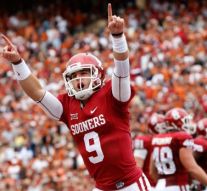 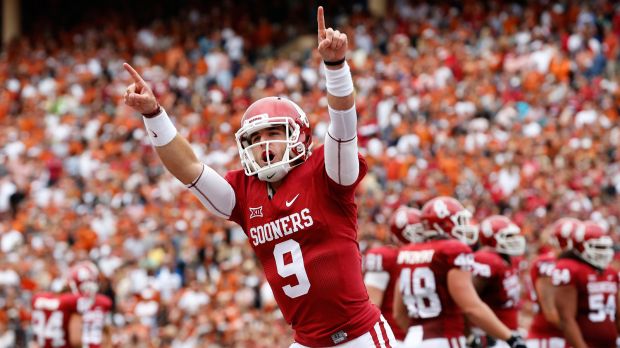 In college football, going bowling is the truest mark of success and accomplishment. Months of work, countless hours of preparation, battling through injuries and mental exhaustion– all for one more hour of playtime.

But there are 41 bowl games that will be taking place between December 19th and the National Playoff Championship on January 11th, which is… a lot. That’s 80 teams (two will have a second game in the Championship), out of the 128 FCS schools in the country. And this year it means that teams with a losing record will be playing in bowl games.

Is it really worth it? Do we really need extra games that, although a sign of some success, are pretty unimportant overall? Do we need to see a game featuring a team with a losing record and a team at .500? The answer is yes. Remember that our great nation will be plunged into roughly seven bleak, meaningless, football-less months in just a few weeks. Let’s tell it like it is: you should be watching as many you can. A complete list is below, along with descriptions of a few you won’t want to miss:

December 19th
Air Force Reserve Celebration Bowl: Atlanta
Alcorn State (9-3, 1st in SWAC) vs. North Carolina A&T (9-2, 1st in MEAC)
This is the first ever Celebration Bowl, and it features two dynamic teams representing Historically Black Colleges and Universities. Come for the football; stay for the history. There’s plenty of it.

Royal Purple Las Vegas Bowl: Las Vegas
BYU (9-3) vs. Utah (9-3, 1st in PAC 12 South)
The Holy War helps kick off the bowl season this year. Remember when Utah was considered one of the best teams in the country? They received first place votes for three weeks.

December 24th
Popeyes Bahamas Bowl: Nassau, Bahamas
Middle Tennessee (7-5, 2nd in C-USA East) vs. Western Michigan (7-5, 1st in MAC West)
This one is the only game not taking place on United State soil. Watch it for foreign diplomacy.

Hyundai Sun Bowl: El Paso, Texas
Miami (8-4, 3rd in ACC Coastal) vs. Washington State (8-4, 3rd in PAC 12 North)
Miami is welcoming a new coach, and WSU seems to be on the verge of becoming a top contender. This game will help dictate the rest of the offseason for both programs.

New Era Pinstripe Bowl: Bronx, New York
Indiana (6-6, 5th in BIG 10 East) vs. Duke (7-5, 4th in ACC Coastal)
Indiana took the best of the BIG 10 to the wire in plenty of their games, and they rank 18th in total offense. Look for them to finally close one out.

Russell Athletic Bowl: Orlando
North Carolina (11-2, 1st in ACC Coastal) vs. Baylor (9-3, 4th in BIG 12)
Baylor is hurting and just lost to Texas. North Carolina was a “questionable” call away from possibly beating Clemson… but the Bears won’t give up easily. This could be a trap game for the Tar Heels.

AdvoCare V100 Texas Bowl: Houston
LSU (8-3, 3rd in SEC West) vs. Texas Tech (7-5, 5th in BIG 12)
LSU took a lot of hits after dropping three straight, but let’s not forget that Leonard Fournette is still Leonard Fournette, and Texas Tech ranks 126th against the rush. Texas Tech’s Sophomore quarterback Patrick Mahomes is a name to remember, and the Red Raiders will rely on him heavily.

Belk Bowl: Charlotte, NC
NC State (7-5, 4th in ACC Atlantic) vs. Mississippi State (8-4, 5th in SEC West)
Dak Prescott hasn’t performed as well as many expected, but half of NC State’s wins are against non-power 5 teams.

Capital One Orange Bowl: Miami Gardens, Florida
#4 Oklahoma (11-1, 1st in BIG 12) vs. #1 Clemson (13-0, 1st in ACC Atlantic)
You’re watching it because it’s a playoff game. You should be watching it because Lincoln Reily is the assistant coach of the year and Brent Venables was a finalist.

Buffalo Wild Wings Citrus Bowl: Orlando
Michigan (9-3, 3rd in BIG 10 East) vs. Florida (10-3, 1st in SEC East)
Florida is possibly the most overrated team in the country (see their terrible play in their last three games). Michigan needs to prove it’s better than that blowout loss to Ohio State.

Allstate Sugar Bowl: New Orleans
Oklahoma State (10-2, 2nd in BIG 12) vs. Ole Miss (9-3, 2nd in SEC West)
Healthy QB play for the Cowboys will be the difference maker in this one. Oklahoma State looked bad in their two losses, but Ole Miss lost to Florida (see above). Another great BIG 12 – SEC matchup in the Sugar Bowl.

Valero Alamo Bowl:
Oregon (9-3, 2nd in PAC 12 North) vs. TCU (10-2, 2nd in BIG 12)
TCU will have Trevone Boykin back and potentially Josh Docston. Oregon has been on a tear, and since Vernon Adams has been back, they’ve looked unstoppable. Star offenses matchup in this game, with a lot to prove.