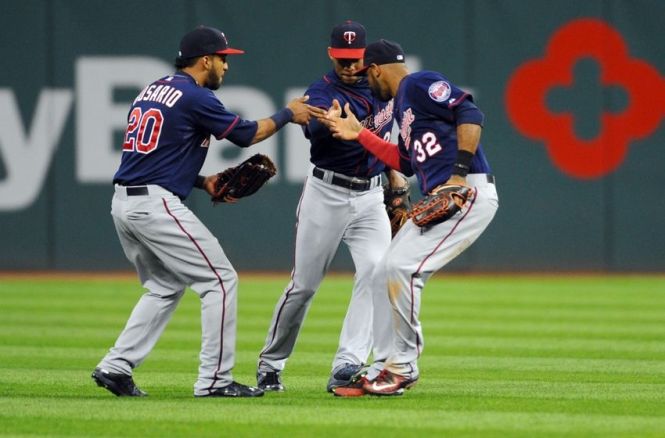 2015 Season: The Minnesota Twins entered the 2015 season with a lot of nice young pieces either on the Major League roster or in high minors, but was still a couple of years away from competing. What happened instead was unexpected, as this group under first year manager Paul Molitor made a giant leap forward, leading the AL Central for the first two months of the season before eventually finishing with a 83-79 record, good enough for 2nd in the division. Although they did not make the playoffs, the Twins were in the postseason hunt the second-to-last-day and went into the offseason with a great core of players to build around for the foreseeable future.

Key Additions: Similar to their division rival Cleveland Indians, the Twins were very inactive on the free agent front. But unlike the Tribe, Minnesota’s inactivity was a far more appropriate approach as their stable of young, homegrown talent will get a full year to acclimate themselves with the Bigs. Minnesota could have gone big into free agency this year with a ‘win now’ approach which could have stunted their internal growth over the next couple years. Instead it seems they will use 2016 as a trial and evaluation year as they look 2-3 years down the road to push their chips to the center and go for it.

That being said, the Twins did add two players of note. The first is Byung-ho Park, a 29-year-old first baseman/designated hitter from Japan on a very modest deal considering he is coming off a year where he put up video game numbers. In 2015 Park hit .343 at the plate with 53 home runs and 146 RBIs. Yea… pretty decent year. Now while he probably will not come close to matching those numbers in the States, especially at pitcher-friendly Target Field, he could be a very valuable piece to this team that will be looking for lots of production from a bunch of highly-rate, albeit untested, youngsters.

In addition to Park, the Twins traded away outfielder Aaron Hicks to the Yankees for catcher John Ryan Murphy. Murphy represents a moderate bat for a catcher, something Minnesota was desperate for, but is not a sure fire Major League everyday starter. Like many players on this team the 25-year-old Murphy will be evaluated in 2016 to see if he could be an everyday player.

Key Losses: The only truly valuable piece the Twins let go of this offseason was trading away Aaron Hicks who, although he has struggled to live up to his projections, is still a very talented player who will look to right the ship in the Bronx. Outside of Hicks, Minnesota waived goodbye to pitchers Blaine Boyer, Neal Cotts, Brian Duensing, and Mike Pelfrey along with longtime Twin and Minnesota legend, outfielder Torii Hunter who retired after 19 years in The Show.

The top of the 2016 Twins lineup will look familiar to Minnesota fans as Brian Dozier and Joe Mauer will likely lead off the game. Dozier, a rare home run hitting second baseman, projects more as a middle of the lineup hitter, especially when noting his batting average and OBP, but will likely lead off games to start the season until one of the younger players, namely Rosario or Buxton, settles in and takes over at the top.

Meanwhile, Mauer continues to be the highest paid singles hitter in baseball history (he is still owed $69 million over the next three years). Although his batting average has not been where we have grown accustomed to it after winning multiple batting titles, the Twins will hope that he can stay healthy and get back to hitting around .300.

After Mauer, young slugger Miguel Sano will hit third where he will probably hit for the next 5 years in the Twin Cities. While his spot in the lineup may be set for the foreseeable future, his spot in the field remains a question mark. Playing mainly at third base and designated hitter in 2015, many expected the Twins to trade away Trevor Plouffe (30-years-old) to make room for Sano at third. With first base and designated hitter already called for (Mauer and Park) and Plouffe still on the roster, it looks that Sano is going to give right field a try as he replaces the retired Torii Hunter. Sano does not project as an outfielder (6’4″, 240 lbs), and after watching Hanley Ramirez shit the bed in Boston last year, I’m skeptical of how well this experiment will work. But if Sano can play a decent right field, this lineup should become far deeper being able to play Mauer, Sano, Plouffe, and Park everyday. If not, then there is always the trade deadline to move Plouffe to a contender and transition Sano back to his preferred position of third.

Rounding out the lineup is a group of good young talent that Manager Paul Molitor hopes will step up and gain valuable experience in 2016. Outfielder Eddie Rosario played very well last year in his first stint in the Majors and will look to improve upon that in his sophomore year while consensus #2 rated prospect center fielder Byron Buxton will get every opportunity this year to mature and grow. The five-tool player is looked upon as a huge part of this team’s future and 2016 will be the year they hope he begins to show it. In the wings also remain slugger Kennys Vargas and shortstop Danny Santana. Both had down years in 2015, but at only 25-years-old both may get a chance to reestablish themselves this year.

The Twins were an average group on the mound in 2015, and they should remain around there in 2016. Not adding an arm from outside the organization to the rotation is a gutsy call for a team that won 83 games a year ago, but Molitor and Co will be looking at youngsters Tyler Duffey and Jose Berrios to get a seasons-worth of innings under their belt. The two highly rated righties project as two top of the rotation arms so Twins’ fans should be excited to see what they can do.

If you show up to the ballpark any other day you will see a cheap, veteran rotation compete through games. Phil Hughes, Ervin Santana, Kyle Gibson, and Ricky Nolasco, all 29 and older, will not dominate a lineup very often, but each of them can pitch well enough to stay in games. All 4 of these pitchers will benefit from pitching half of their games in Target Field considering their affinity to giving up long fly balls outs which may be home runs in other parks. This is a team that does not strike people out, last in the Majors 3 of the last 4 years, and relies on contact outs to get through games, so success at home will be pivotal to their season.

A full season of  Ervin Santana who was suspended for 80 games in 2015 for PED use will greatly help solidify this rotation, but this is basically the same rotation from a year ago which was league average in ERA and runs. Barring a breakout year from Santana or one of the youngsters, expect this rotation to remain average in 2016 . 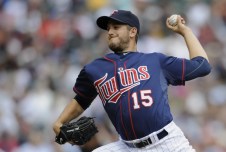 Like the rotation, he Twins’ bullpen was an average to below-average unit last year, sporting a combined 3.95 ERA good enough for 10th in the AL. They will get closer Glen Perkins back healthy after a bulging disk in his neck resulted in a 8.22 ERA in September. He will be set up by hard throwers Kevin Jepsen and Trevor May. Perkins, May, and Jepsen were the only three pitchers on staff that topped eight strikeouts per nine innings a year ago and their rare ability on this team to miss bats will be important for a team that I expect to be in a lot of close games based on the average offense and average rotation around them.

It is incredibly unfair of me to put the hopes of the Twins 2016 season on the shoulders of a man who has a total of 46 games under his belt, so I won’t. How well the 22-year-old Buxton plays this year will not be the end all be all for this team to make the playoffs, nor will he be the reason this team falls on its face in 2016.

The reason why he is this year’s X-factor is that he, like the Twins front-office, is looking towards the future rather then the present. A player blessed with contact, power, defense, and speed, Buxton struggled in his his first 138 plate appearances, recording only 27 hits and a .209 batting average. Because of this initial struggle against Major League pitching, Buxton needs to play well this year and begin to show why he is the #2 prospect in the game. The core of this Minnesota team is built around Sano and Rosario in the field with Duffey and Berrios on the mound with Buxton being the crowning jewel to piece everything together. If Buxton struggles again this season then Minnesota’s future plans begins to look murkier and far more uncertain. 2016 is the year he begins to prove why he is the man this team will build around for the next decade.

HBT’s Prediction: This team is improved from last year and is on an upward trajectory in the coming years, but their reliance on quite a few young players and a clear stance by the Twins’ management that they are not in a ‘win now’ mindset means they will probably have fewer wins this season then in 2015. I expect Molitor to give all of his young prospects and players an ample leash and as many opportunities for playing time this year as he can so that he and GM Terry Ryan can evaluate who is pivotal moving forward and who is expendable. Minnesota has built their team in a similar fashion to the Houston Astros in that they have had the patience to wait until their moment. However for 2016, the Twins will only win 75 games and end up 4th in the AL Central.

But don’t worry Twins’ fans. Go eat some cheese curds and bacon wrapped pork chops on a stick and relax. Your time is coming soon enough.