We know your eyeballs are bleeding from all that Super Bowl 50 talk that’s been going on in the last week and a half. Thankfully, we are here to provide you with relief and a pleasant distraction from all that by offering our selections for the NFL’s major individual awards. The hardware will be handed out on Saturday night. This is how that ceremony would go down, had we our druthers.

For a fun compare-contrast exercise, check out our midseason awards from November and see how far we’ve come. 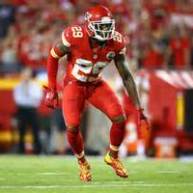 Carson Palmer was our midseason selection for this award because he rebounded from his second torn ACL to be the NFL’s best statistical Quarterback of the first half of the season, but Berry being selected doesn’t require much explanation or justification. Palmer’s achievements this year have been admirable, but returning from a busted knee to be one of the best players at your position is quite one thing. Punching cancer in the face and returning to be arguably the best player at your position is quite another. Berry was the centerpiece of a defense that led the charge from a 1-5 start to a spot in the Divisional Playoff round. He wins.

With apologies to: Carson Palmer 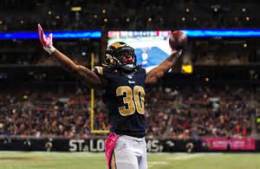 This ended up being a much closer race than everyone anticipated after Gurley’s electrifying first few weeks. The Rams’ schedule got tougher and the NFL likely made their first big adjustment to the only real threat that St. Louis’ offense had to offer, and Gurley’s numbers tapered off as a result. There is a case to be made here for Jameis Winston after the way he came on in the second half of the season and both of these guys are going to be SuperDuperStars, but Winston’s high interception total and his occasional disastrous games typical of a rookie QB tip the scale in Gurley’s favor for us. 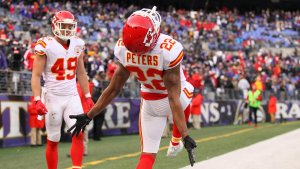 There are few positions with a steeper learning curve in the transition from college to the pros than the defensive back positions and Peters wasted no time at all becoming one of the NFL’s best cornerbacks. Opposing quarterbacks apparently did not get that memo, as Peters was targeted more than any other cornerback in the NFL this season. His skill in coverage made them pay for it. He tied for the league high with 8 interceptions and led the league with 26 passes defended. Even in a season that featured another very impressive rookie cornerback in Buffalo’s Ronald Darby, Peters is the clear winner here both because he excelled under a greater challenge and because he was a key cog in a better defense.

With apologies to: Ronald Darby. Not much of an argument to be made for anyone else. 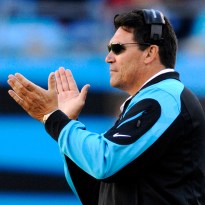 A close examination of the Panthers on paper looks nothing like a 15-1 team that would finish with the top seed in a loaded NFC. Rivera’s ability to coach up a defense has always been underrated and his even-keeled temperament as an overseer of his locker room has accommodated his team’s many personalities perfectly. It’s really hard to quantify what exactly a coach brings to a team, but it’s hard to argue with the choice to award the guy whose teams consistently outperform their projections, made a 7-win jump from 2014 to 2015, and coaches the NFL’s best team of the season.

With apologies to: Bill Belichick, Marvin Lewis, Mike Zimmer, Bruce Arians, Jay Gruden. You could argue for any of those guys and you wouldn’t get too loud an objection from me. 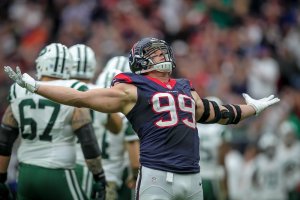 The best football player on Earth will make another addition to his infinitely expanding trophy shelf Saturday night. As awful as the Houston Texans have generally been to watch this season, there was one thing about them you could count on: Watt was going to be the best player on the field, no matter who they were playing. Watt’s production and effectiveness tailed off slightly toward the end of the season when he played with a broken hand in a cast, and it still makes no difference whatsoever. Watt played three games with one effective hand and still led the NFL in sacks with 17.5. For those who don’t like to use sacks and sacks alone as a measure of pass rushing effectiveness, Watt added to his 17.5 sacks with 50 QB knockdowns. How much better was that than everyone else in the League? Aaron Donald came in 2nd with 37. J.J. Watt is plainly not of us. He’s going to win this award every year or as long as he wants to.

With apologies to: NO ONE! This isn’t close! But, in the interest of congratulating players for very good seasons – Aaron Donald, Josh Norman, Luke Kuechly. 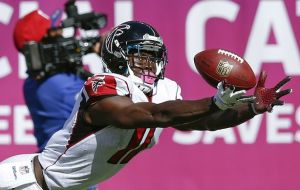 Unless a Quarterback topples a long-standing NFL record, this award is usually a place to honor a non-QB with the most impressive statistics. This award is very close because Julio Jones and Pittsburgh’s Antonio Brown have had remarkably close statistical seasons. That said, we’re giving Jones just the slightest edge for a few reasons. Brown’s team made the Playoffs and Jones’ didn’t. Brown found the end zone twice more than Jones did, but Jones had Brown beat in receptions in receiving yards. What really swings this in Jones’ favor, though, are two factors. First, Jones faced more double teams than any receiver in football this season according to Pro Football Focus. Second, Brown’s production dipped drastically with Ben Roethlisberger out of the lineup. Brown spent most of this season being thrown to by one of the NFL’s best quarterbacks. Jones piled up his numbers being targeted by one of 2015’s biggest disappointments in Matt Ryan. Advantage, Julio.

With apologies to: Antonio Brown, Russell Wilson (for a monstrous second half) 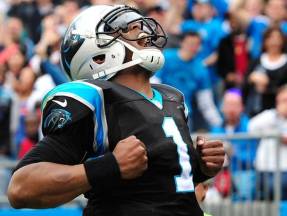 My feelings on Cam Newton and the season he’s had are well-documented at this point, but they bear repeating for one reason: he is the obvious choice to receive this award. He’s the quarterback and the leader of the NFL’s best team of the regular season. He’s the first quarterback in history to pass for 30 touchdowns AND rush for 8. But he didn’t stop there and also became the first quarterback to throw for 35 and rush for 10. This has been the best season of his career by a clear mile and it’s the year that we saw him grow from mega-talent to mega-quarterback. It’s resulted in a magical season for Carolina and he has the chance to complete his remarkable season in the best possible way this Sunday. Completely leaving out his rampaging postseason and whatever result is to come on Sunday. 2015 was Cam’s season. Everyone else was just playing in it.

Be sure to keep checking back to HBT all this week in the run-up to the Super Bowl’s Gold Anniversary.