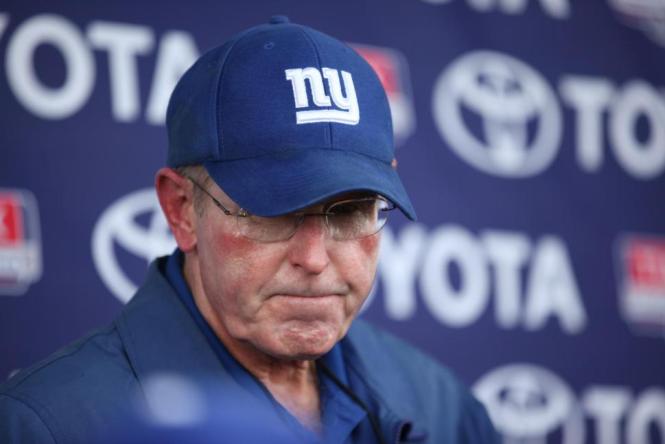 So here we are, not even three weeks into the season, and Tom Coughlin is already coaching for his job. Some might say it’s puffery, or sheer exaggeration, to slap the dreaded “must-win” tag on a game so early, but in this unique case, it’s neither.

If the Giants lose Thursday to Washington, they will have set a course towards irrevocable, and sweeping change in the offseason.

Consider this: when the decision was made to bring Tom Coughlin, the leagues third-longest tenured coach, back for a 12th season, it almost certainly came with this caveat—make the playoffs…or else. Coordinators have come and gone, and a 4th straight year of golf season starting early for Big Blue would mean Jerry Reese—quite possibly to save his own neck—would have to investigate making big changes to a team and organization that routinely spurns them.

And with each passing week and crushing defeat, the odds of a 4th consecutive playoff-less season looms larger. Here’s the numbers for you: Since 2009, 45 teams have started 0-2, with only two rebounding to reach the postseason. It gets even worse at 0-3: only three such teams have made the playoffs after dropping their first three since 1990.

But, the Giants have been given a lifeline, in that the NFC East is such a disaster that no one is out of the running. The team dubbed the favorite, the Dallas Cowboys, is without their best receiver and is stuck starting a former Yankee farmhand at QB for at least the next 8 weeks in Brandon Weeden, the rollercoaster that is the Chip Kelly Experience has taken a nosedive in Philadelphia, and the Redskins are coming off back-to-back seasons of double digit loses.

In short, it’s still anyone’s game, but after a historically putrid start—the Giants are the first team ever to blow a 10-point lead in the 4th quarter in each of their first two games—it’ll be an uphill battle. New York has looked disorganized at times, disoriented at others, and Eli Manning, the former sultan of clutch, has looked notably clueless down the stretch of games. The discipline that has long been the trademark of Tom Coughlin teams has been nowhere to be found, as the Giants have found new and entertaining ways to beat themselves despite only turning the ball over once in their first two contests.

The time is now to turn it around after three straight sluggish seasons. The time is now to exploit a Washington team picked by many to finish in the NFC East cellar. The time is now…or else the rest of the season may be reduced to little more than the Tom Coughlin farewell tour, lest you actually believe this Giants team can rebound from starting 0-3.