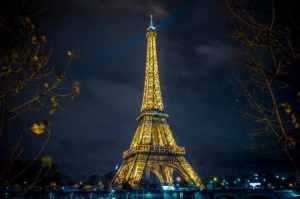 We are blessed to be able to play this game. In the wake of the large-scale terror attacks in Paris, Beirut, and Kenya during the past 24 hours, I have been reeling from grief, and I have been unsure of how to proceed as a being in the world. Here I sit, typing away on my iPhone 5S, listening to the banter of my loved ones upstairs, while elsewhere in the world, there are immeasurable amounts of sorrow. A part of me feels guilty for writing a puerile column centered around the act of gambling on a game in which multimillionaires try their hardest to concuss each other. Why do I get to enjoy this? Why am I so lucky?

As I spiral downward into this existential guilt, a larger part of me takes over– a better part of me. That part of me reminds me that, no matter the reason for my being alive, it is my duty to remember that simply being alive to enjoy this sophomoric bit of weekly predictions is a blessing. Fantasy football is a blessing. My league mates are a blessing. Everything about having the luxury to put this much time and energy into a game is a blessing.

I am so colossally happy to be able to write this column. I hope you are happy to read it.

How ‘Bout These Guys
James Starks, RB Green Bay Packers: The cast of The Replacements 2: Jeremy Langford, DeAngelo Williams, Charcandrick West, Darren McFadden, and, just announced, James Starks! Mike McCarthy finally woke up, realized that there’s something wrong with Eddie Lacy right now, and named Starks the number 1 back. Starks, for his part, has a solid 4.28 YPC, and that’s with matchups against Denver and Seattle. This week, the Packers are at home against a Lions defense that has allowed the fourth-most fantasy points to opposing running backs (and has allowed more rushing TDs than any other team this year). The Season of the Second String RB is in full swing, and Starks is definitely a part of that.

Michael Crabtree, WR Oakland Raiders: It’s a Cinderella story, ladies and gentlemen: Oakland doesn’t totally suck! They’re red-hot on offense, and while Amari Cooper, Derek Carr, and Latavius Murray have been receiving the bulk of the attention, Crabtree has quietly been having a career renaissance. He’s racked up 273 yards and four touchdowns on 20 receptions over the past three weeks. The Vikings are a tough matchup, but the Raiders have something to prove right now. I love their offense right now, and I love Crabtree.

Jordan Reed, TE Washington Redskins: Reed came back from a concussion to score the only Redskins touchdown in Week 9, proving that even when his team is at its worst (which is often), Reed is determined to give fantasy owners something to get excited about. This week, the Skins face off against a struggling Saints defense that has allowed the second-most points to tight ends this season, ranking Reed firmly in the top five this week at a shallow and fickle position.

Pittsburgh Steelers D/ST: The Steelers have been inconsistent this season, ranking 13th among defenses. The Browns, however, have been consistent on offense– consistently bad. The have had the third-most turnovers and the third fewest points, and defenses that have played them this season average nine points fantasy PPG. And, if Johnny Football gets the start, the sky’s the limit for the number of fantasy points the Steelers defense can get.

Not ‘Bout These Guys
Arizona Cardinals offense: Cardinals, you know I love you. I love your scally cap-wearing head coach; I love your diminutive receiver nicknamed after a forest-fighting bear; and, most of all, I love your plucky, can-do attitude. However, I can’t, in good conscience, start any of you this week, because the Seahawks defense is every bit as good as people think they are. They’ve allowed the fewest fantasy points to WRs and RBs, and the third-fewest to QBs. Unless you’re desperate, it shouldn’t be too hard to find replacements for Chris Johnson, Larry Fitzgerald, Carson Palmer, and the like (I, for instance, am starting Derek Carr over Palmer this week, and Jeremy Langford over Johnson). Cardinals, you know I still love you, but I’ll love you a lot more next week.

Jeremy Maclin, WR Kansas City Chiefs: Speaking of tough matchups, the Broncos have been a nightmare for receivers this year. Cornerbacks Chris Harris, Jr. and Aqib Talib have contributed to allowing the second-fewest fantasy points to opposing wideouts, and the Chiefs, who don’t like targeting receivers anyway, will likely shy away from Maclin even more than usual this week.

Marshawn Lynch, RB Seattle Seahawks: The Seahawks have been struggling on offense; Beast Mode is banged up; and, the Cardinals front is one of the league’s underrated stalwarts (seventh fewest fantasy points allowed). Anyone who can afford to bench Lynch for a healthier back with a better matchup should do so, and he should be avoided in DFS.

That’s all for this week. Be good to one another. Don’t sweat the fact that, in all likelihood, your star RB is bad/is out for the season. And, as always, How ‘Bout That Fantasy?