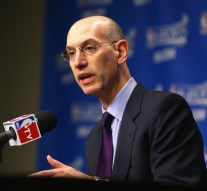 The Kevin Durant-to-Golden State decision has created shock waves around the sport of basketball.

Everyone from LeBron to that annoying, overly-friendly guy at the gym have an opinion about the move. On TV and the radio, talking heads such as Sir Charles Barkley and the insufferable Stephen A. Smith have bemoaned Durant’s choice to head to Oakland. saying he is ‘coping out’ by heading to greener pastures. Others have come to KD’s defense, including our own Peter Curtin and Derek Nadeau in previous articles here and here respectively, understanding that he is a grown man who deserves to choose what he wants and where he will play and that Golden State offers him the best chance to win.

Any time a player of Durant’s caliber switches teams, specifically when he leaves the team he was drafted to and especially when he leaves for a team he was 48 minutes away from knocking out of the playoffs on three separate occasions just 5 weeks ago, there will be a debate over his choice. Regardless of where you stand, whether you are on the “should have stayed in OKC” or “good luck in Oakland” train, one thing has become abundantly clear:

Golden State will win the 2016/17 NBA title. And everyone else is playing for second place.

Sure, you can argue that this is a false premise. After all, this is sports where championships are never won before a game is played and anything can happen; where upsets occur all the time and the favorite to win the title at the start of the year rarely takes home the trophy at the end. But in this sport, with this team, that simply will not happen.

Golden State will win the 2016/17 NBA title. And everyone else is playing for second place. 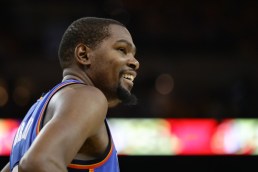 Durant, a 4-time scoring champion, former MVP, and unquestioned top-5 player in the game has just joined a team coming off a record breaking 73 win season with three All-NBA players already on the roster, including the reigning two-time MVP Steph Curry. After becoming the first team ever to lose a 3-1 series lead in the NBA Finals, Golden State will be back hungry to erase the taste from their mouths while Durant eagerly searches for that first ring. They will have an entire season of reigning Coach of the Year Steve Kerr, a defense better suited for when teams play big against them, and an offense that should create far more chances for both Durant and Curry then even they know what to do with. The list goes on and on.

What this all spells is a Golden State victory… and a serious problem for the NBA.

Of the four major sports in America, basketball is the easiest to predict. The repetition involved and the ability for one player to dominate a game makes the NBA regular season not much more than an 82-game warm up of relatively meaningless games before the slight intrigue of the first round of the playoffs arise. You can look back at last season for proof. Most everyone predicted a Golden State/San Antonio vs Cleveland final this past year and, thanks to Oklahoma City’s inability to close the Warriors out, that is exactly how this season played out. Everything went according to script.

Sure if you are a fan of an individual team then there is something to watch during the regular season. If you are a fan of seeing if the Knicks can make the playoffs with D-Rose and Noah, or if Philly can suck just a little bit less, and so on, then there is at least some reason to tune in on a given day to watch your boys. But if you are simply a NBA fan who cares about titles and not postseason berths then good news!!! You do not have to watch a single minute of basketball until the Western Conference Finals. You will not have missed a thing.

Last year the NBA averaged a 2.3 TV rating on broadcast games during the regular season. This is a basically the same as the previous two year’s average ratings of 2.2 and 2.3 per game respectively. The NBA has not been close to the 3.0 average rating per game from the 2010-11 season, the only time they have averaged 3.0 or better since 2001, with the majority being around the 2.3-2.5 range. What this means is that there has not been any real increasing interest in regular season games over the past 15 years, tending to trend downwards as the regular season loses importance and drama.

The NBA will tell you that they are fine with this considering the record-breaking TV ratings from this year’s NBA Final, but 82 relatively meaningless games is not a good look for the brand. Yes, we will all be tuning in to watch Golden State vs Cleveland Part III next May/June, but as one or two teams separate themselves from the pack few will care about the build up to it. 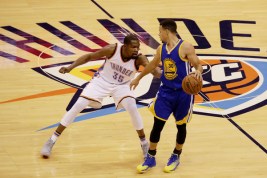 Now I have no problems with there being “super teams” or Durant’s decision to make an already elite team stronger while simultaneously removing OKC as a true contender for the title. From 1980-1990, the “Glory Days” of basketball, only Los Angeles, Boston, Philly, and Detroit won a title. In the ’90s it was Chicago, Houston, and San Antonio raising the banners every year. In the 2000’s it was the San Antonio and Los Angeles show with Boston, Miami and Detroit getting one. Dominant teams and perennial winners are nothing new for this sport.

Yet with there only being three teams who have a legit chance to take home a title this year, the NBA is going to have trouble selling what is becoming a meaningless regular season to a fan base that already knows who will make up three of the final four teams left standing at the end.

To not sound so ‘doom and gloom’, there are still reasons to tune in next year outside of your own fandom. The Warriors will try to match or beat their 73-win season while the Conference Finals and and Finals will be thrilling television to watch.

Until then however, sit back and enjoy the MLB playoffs, the NFL and NHL seasons, and catch up on Game of Thrones. Maybe go finish that yard work around the house you have been putting off for months while you are at it. You won’t be missing anything on the court.

Something will need to change if the NBA wants us to care about the regular season because as it stands now, Golden State has won the title before a minute of the 2016-17 NBA season has been played.