Home / MMA / Will Raczkowski / ‘The Prodigy’: The Rise, Fall, and Uncertain Future of one of MMA’s Pound for Pound Greats 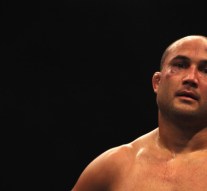 At one time, the name BJ Penn was synonymous with violence.

One of only two men two hold UFC gold in two different weight classes, Hilo Hawaii’s BJ Penn was a destroyer in his prime, who’s penchant for finishing some of the world’s best fighters (as well as beefing with them) lead many to believe he would go down as the unquestioned best ever. 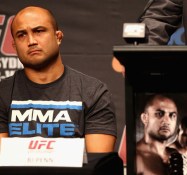 However, before long, a camp full of ‘yes-men’ and a nasty habit of relying on pure physical talent instead of hard work and consistent workout routines, age caught up with Penn. His reaction time slowed, his takedown defense was nowhere near as perfect, and he was on the receiving end on some hellacious beatings at the hands of George St. Pierre, Nick Diaz, Rory McDonald, and Frankie Edgar twice (thought their first encounter was a very close affair). Penn no longer wanted to put in the work to cut down to Lightweight’s 155 pounds, and went into Welterweight affairs (as he had done before) but looking soft and out of shape. Ultimately, after a drubbing at the hands of Frankie Edgar, Penn called it a career.

Now, at UFC 199, BJ Penn will face Cole Miller, a man who got his start on the Ultimate Fighter in the exact season that saw BJ Penn return to the UFC as a coach and win the Lightweight belt, on the main card for the fight between Luke Rockhold and Mike Bisping.

But what’s different this time around? Why should we feel excited about the return of a fighter who looked so outclassed in his final three fights?

Now fighting at 145 pounds, a weight class that previously hadn’t existed when Penn was a champion, BJ will enter the cage at a weight class more suited for his relatively smaller frame. Additionally, long gone are the yes-men and enablers who encouraged BJ to sit on the couch, who cornered him so poorly in his humiliating defeats. Now, in their place, is the maestro Greg Jackson. Yes, the same Greg Jackson that trained UFC Champions Jon Jones, George St. Pierre, Rashad Evans, and Carlos Condit. The same Greg Jackson that brought Donald “Cowboy” Cerrone and Cub Swanson into title contention, the man that the MMA community regards as something like the Napoleon or Alexander of MMA. He is arguably the best strategist in the world when it comes to analyzing opponents. 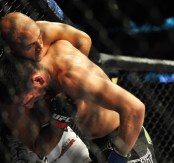 BJ Penn is coming back whether we want him to or not, but it’s hard to not be excited at the idea of a fit, motivated, and hungry BJ. The same BJ who once ruled the Lightweight and Welterweight division with authority, who knocked out Hall of Famers who outweighed him by nearly 25 pounds. This is the same fighter who stopped Diego Sanchez with the first head-kick anyone ever saw him throw, who left Joe “Daddy” Stevenson crying in a pool of his own blood, who choked out Kenny Florian and both submitted and knocked out Welterweight legend Matt Hughes. The BJ Penn who once famously celebrated his victory in the middle of the cage, licking the blood off of his gloves for a screaming audience.

‘The Prodigy’ will make his walk to the cage at UFC 199 whether we like it or not, but this time the air just feels right for a triumphant return. He may never be a title contender again, but he’s an incredible talent that could enjoy superfights with some fellow aging veterans. Men like Uriah Faber and Joe Lauzon, at 145 and 155 pounds respectively, would surely be fights that could main event a Fox card and end up a wild war.

Yes, BJ Penn may have left the UFC as a shell of himself, but with a new outlook, training camp, and a master in his corner, “The Prodigy” may just live up to his nickname once again.