Want to get to know your future favorite writers? Check them out here! 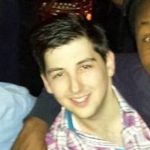 Will Raczkowski is a graduate of Bridgewater State University and UMass Boston, with degrees in American History and Corporate Communications.  A lifelong athlete, Will discovered mixed martial arts while looking for something to fill the hole left after deciding not to pursue college football. He has trained with some of the top teams in New England, as well as some of the top fighters, and has spent the past 6 years dedicating himself to becoming as knowledgeable as possible about the sport. He has cornered and coached multiple fighters on the local level and currently serves on the coaching staff for Team EVT in Boston, MA. He also once crushed beers with Forrest Griffin, so you could say he’s pretty legit.

Outside of pugilistic pursuits, Raczkowski enjoys film, music and forcing his political ideologies on people via social media. He also works with Regional Fight Sports out of Rhode Island, a non profit dedicated to bringing scholarships to young fighters pursuing a college degree without the possibility of NCAA scholarship.

A Fordham grad and owner of a velvety smooth voice (hide your girlfriends boys), Nick could sing your ear off or talk sports till the sun goes down. Never over the top but not too shy either, he provides the sports insight that only a true New York could provide. Follow him @nicklogerfo

Tom is an avid sports fan and life-long New Yorker. He likes long walks on the beach and extra innings. Also he doesn’t mind the DH. He’ll occasionally post on soccer or as he calls it, soccer.