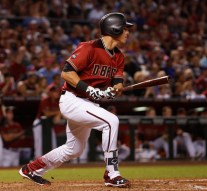 Now that the All-Star break has ended and players prepare to get back into the grind that is the 2nd half of the season, we take a look back at the biggest surprises (both good and bad) of the 2016 Fantasy Baseball season so far.

Note: A surprise, in these cases, don’t mean they are particularly good or bad, it’s just not what people were expecting. So before you crucify me on some of these, take a look at the reasoning first. Then angrily comment away below.

Wilson Contreras – Catcher – Cubs
Despite only appearing in 22 games this rookie phenom has burst on to the scene, showing that homering in his first major league at bat was just the start. In a typically down catcher position Contreras is batting .305 with 5 homers and 16 RBIs while only being held hit-less in 3 of his first 22 pro games. 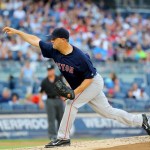 Acquired in 2012 from the Indians for failed prospect Lars Anderson nothing was truly expected from this pitcher, in fact he only won a starting position this spring training as a place holder for Eduardo Rodriguez who began the season on the DL. Despite all that, Wright, nicknamed “Knucklepuck,” has posted a 10-5 record with a stellar 2.68 ERA. He has been one of the only bright spots in the Red Sox pitching staff so far this year with David Price struggling and will look to continue his magical season in the second half.

Jake Lamb – 3rd Base – D-Backs
When you think of power for the D-Backs you think of Goldschmidt, right? What if I told you a man entering the year with 10 career homers in 144 games would have more than Goldy himself? You’d call me crazy? Well, 25 year old Jake Lamb has 20 round-trippers to Goldschmidt’s 15. In fact Lamb has been just as productive, with a .291 average and 61 RBIs to go with those dingers. Guy is looking like a stud.

Aaron Sanchez – Pitcher – Blue Jays
With all the hype entering 2016 was directed towards Marcus Stroman, Sanchez has been the most productive Jays pitcher thus far. Sanchez has posted an outstanding 9-1 record while recording 103 Ks, a 1.19 WHIP, and a more than respectable 2.97 ERA. The problem is the Jays are considering moving him to the bullpen later in the season to “preserve his arm.” Hey Blue Jays, take a lesson from the Nationals and Mets… That doesn’t always work. Win now, regret later.

Starling Marte – Outfield – Pirates
While the power isn’t there (6 homers) the average (.316), runs (48), and stolen bases (30) more than make up for it especially for those in head to head leagues.

Rich Hill – Pitcher – As
The most coveted pitcher for teams looking to add before the deadline, Hill has posted a 9-3 record with a 2.25 ERA for the As.

Carlos Beltran – OF/DH – Yankees
39 years old and still slugging, Beltran has posted a .299 average to go along with his 19 homers and 59 RBIs. He would be one of the most impressive elderly players if it wasn’t for other another Latino player named David Ortiz. And speaking of Ortiz…

Even more surprising is that Mookie Betts’ real name is Markus. I like Mookie more.

Jonathan Villar – SS – Brewers
Just 26-years-old and a waiver wire pickup by many, Villar is leading the league in steals (31) while batting .298 with decent pop for a lead-off, speed guy (6 homers). 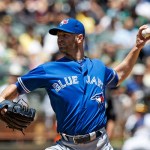 A journeyman since his breakout rookie year, he has finally settled down and is having one of his most productive seasons in recent memory. Happy is 12-3 while posting a 3.36 ERA. Even better is the fact that Happ throughout his entire career has pitched better in the 2nd half. Great trade target moving forward with that Toronto offense behind him.

Michael Fulmer – Pitcher – Tigers
2.11 ERA 9-2 record is nothing to shake your head at, especially from a guy most people never knew existed until this year.

Now here come the bad. Some controversial, so bear with me… Please

Bryce Harper – OF – Nationals
Now before you exit out this article and try to hunt me down to say “how dare you?!” Hear me out…
A year removed from an MVP performance of .330 average, 42 homers, and 99 RBIs Harper was picked up by almost everyone at #1 overall in their drafts. Harper has the power (19 homers) and knocks in runs (52), but he’s hitting a mere .256 so far on the year. He’s proved to be streaky by having bouts of 2-4 hit weeks or going 1 for 4 for what feels like an eternity (no but really it was like 2-3 weeks). Hopefully he can raise that average back up and my fantasy team with him.

Chris Sale – Pitcher – White Sox
Going 2/2 with controversial picks.
“He’s 14-3!?”
Yeah but his ERA is 3.38, his command seems to be slipping, and he’s only posted 3 quality starts (3 earned runs or less in 6+ innings pitched) in his last 7 starts…. I smell a DL stint coming if he continues to trend downward. 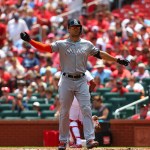 Giancarlo Stanton – OF – Marlins
Is this considered me going 3/3? Yes he just crushed 61 homers at the derby (a ML record), but that masks an otherwise disappointing first half from a guy many picked in the first round. Signs are pointing upwards for the young slugger though over recent weeks suggesting a big second half may be on the horizon. His power numbers are up (20 homers) and he’s driving in runs (50). However, that doesn’t forgive his .233 average. His first half seemed it was either an earth shattering blast of a weak pop out to the pitcher.

Adam Wainwright – Pitcher – Cardinals
Now we’re getting farther away from controversial picks. Wainwright is 2 years removed from a 20 win season, and granted he was hurt for the vast majority of 2015, does not mean people didn’t pick him high in hopes he’d return to form… In return they got an 8-5 record with a 4.49 ERA in the first half. 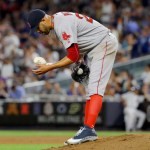 The 30 million dollar man… Pitches like he’s the 3 million dollar man. The Red Sox were hoping for a stud to anchor their pitching staff and lead them to the postseason. Instead they got a 4.34 ERA. Somehow the team wins while he’s pitching (9-6) record. It could be the red hot Red Sox lineup the first half the season saw, or it could be luck. Either way David Price has been a bust thus far. However, he’s too big a name to drop so we might have to stick with him and hope it gets better #unity

Yasiel Puig – OF – Dodgers
Puig hasn’t had a good year at the plate (.256, 7 HR, 28 RBI) what he lacks in offense he makes up for in the field… Unfortunately, that doesn’t do anyone who plays conventional fantasy any good, at all.

Andrew McCutchen – OF – Pirates
This man was on my top 10 must have players entering the year, but he’s let almost all his owners down. .247 Avg, 14 homers, 38 RBIs…. If you reached for him because of me, I’m sorry.

Dallas Keuchel – Pitcher – Astros
The reigning AL Cy Young winner on a surging Astros team, he was expected to take another step this year. This has not happened.

BIGGEST SURPRISE:
No matter the team you root for everyone can agree the biggest surprise so far is the home run rate. Home runs are being launched at a rate not seen in the MLB since the 2001 season, in the height of the steroid era…. To put in perspective Bonds hit a ML record 73 that year…

Manfred says players aren’t juicing, and that balls aren’t juiced but who cares? Baseball is starting to become watchable again. I miss the days of 10,000 foot homers and epic home run battles like Sosa v. McGwire. Maybe that’s nostalgic thinking, but (cue Bryce Harper rant) I just want baseball to be fun again. Is that too much to ask?!?!