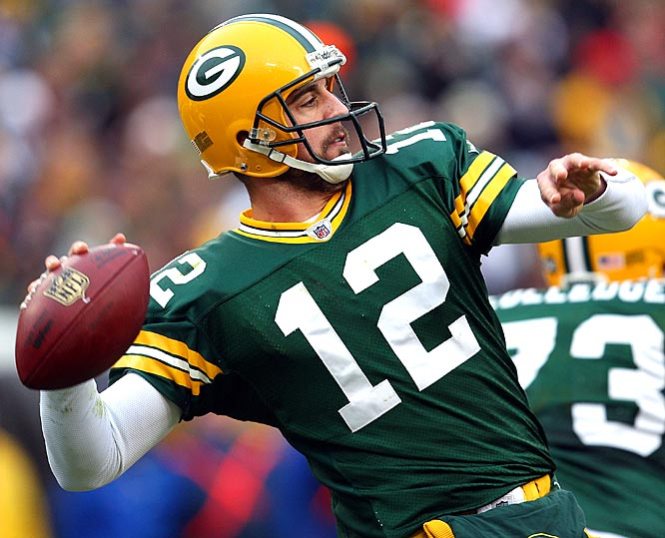 Green Bay Packers
2014 Record: 12-4, 28-22 L to SEA in NFC Championship
2015 Prediction: 13-3; 2015 Super Bowl Champs
Alright, so the Packers needed at least 1 out of 100 things to have gone right in the NFC Championship Game in order to make the Super Bowl.  We get it, we were all there.  With or without Jordy Nelson, the one fact remains unchanged: as long as the reigning MVP is under center, this team is a perennial contender.  With added depth in the secondary and continuity along the offensive and defensive lines, look for this team to make a statement and avoid the 1-2 starts that have plagued them the last 3 years.
Detroit Lions
2014 Record: 11-5, 24-20 L to DAL in Wild Card Round
2015 Prediction: 9-7, miss playoffs
Pass interference, no pass interference.  If I learned anything about the rules of football these past playoffs, its that I don’t know anything about the rules.  Matthew Stafford returns to lead a corps of wide receivers that can rip the lid off a defense.  But don’t pretend like the loss of Ndamukong Suh won’t hurt.  Haloti Ngata was a force in the middle of the Ravens D for years… key word was. This version of Ngata with bad hammy and all won’t command the attention that Suh did, and the lack of pass rush will expose the Detroit secondary.  And Joique Bell?  Ameer Abdullah?  That running situation needs to get figured out in a hurry.
Minnesota Vikings
2014 Record: 7-9, Missed Playoffs
2015 Reocrd: 9-7, Miss Playoffs
I’ve got some news for you — if any team is to come out of the dark in 2015 and surprise you, it will be Minnesota.  That’s if you haven’t watched a snap of Vikings football in 2014.  Despite all the distractions in 2014, they managed to post a respectable 7-9 record under head coach Mike Zimmer and QB Teddy Bridgewater’s first seasons.  With AP making a return, improved talent at WR with Charles Johnson (Sleeper Alert), and a secondary second only to the Legion of Boom in this writer’s humble opinion, this team’s needle is pointing straight up for the near future.
Chicago Bears
2014 Record: 5-11, Missed Playoffs
2015 Record: 5-11, Miss Playoffs
As long as Smokin’ Jay is under center, the Bears will continue to burn out.  First year GM Ryan Pace is intent on rebuilding this team from the inside out, and Eddie Goldman has the skill set to blossom into the kind of guy you can anchor a defensive line around.  John Fox will soon realize quickly he’s not in Kansas anymore — or Denver.  The loss of Kevin White will hurt — but does it matter who is catching passes?  With that offensive line, it’s butts-out for Jay and the Shufflin’ Bears.