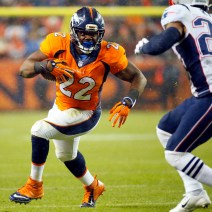 The NFL’s annual Tom Brady-Peyton Manning matchup didn’t go according to anyone’s plan and we live in a better world because of it. Tom Brady continued his great season with a big night against a great defense despite New England’s many injuries. The Patriots’ offensive arsenal was comically depleted before Rob Gronkowski’s 4th quarter injury. Had that injury been serious, it could have meant the end of New England’s Super Bowl aspirations. Brady doesn’t need much, but even he needs more than Brandons Bolden and LaFell. Gronkowski is the second most important player on New England’s offense. He is a one-of-a-kind talent at the Tight End position and changes everything about how defenses approach the task of stopping the Patriots. As long as he and Brady are on the field, the Patriots are ready to make a deep run.

Speaking of teams that look ready for a run, one hates to think in such terms but no one ever went broke being callous on the Internet: did Peyton Manning’s injuries save Denver’s season? Manning has been, in almost every measurable way, been the NFL’s worst Quarterback this season. After humiliating losses to the Colts and the Chiefs, the Broncos have rattled off two wins behind the gloriously average Brock Osweiler (34/51, 396 yards, 3 TDs, 1 INT in two starts).

At the season’s midway point, we pointed out in our awards article that Denver’s defense has been historically great to this point. The Colts and Chiefs game have tempered down those eye-popping numbers, but Osweiler could represent the important jump from awful to average at the quarterback position that Denver needs to contend. The beginning of Denver’s season was marked by a defense so dominant that the Broncos managed to rack up the wins despite Manning’s awful play. If Osweiler is competent, New England’s vice-grip on the AFC loosens.

What Everyone is Talking About: Giants 14 – Redskins 20 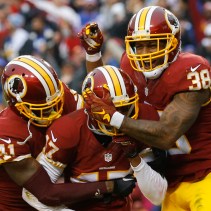 In one of the NFL’s few legitimate Division Championship races, the Washington Professional Football Organization seized first place on Sunday. And no, you did not mysteriously develop dyslexia right before you read that last sentence.

Kirk Cousins continued his recent upward trend and the Redskins defense gave Eli Manning problems all afternoon, recording three sacks and another three interceptions. Bolstered by impressive quarterback play, Washington has won three of its last five with their two losses in that time coming against the odds on favorites for Super Bowl appearances (New England and Carolina). The Redskins being anything but a colossal embarrassment is usually a surprise these days, but somehow it seems that they may be the best organization in their division right now.

Giants fans will still be hopeful in their ability to eventually emerge victorious and get that highly coveted home playoff game. Their remaining schedule isn’t kind, but they still have the division’s best Quarterback as long as Tony Romo is hurt. Their ability to move the ball through the air on any given week can keep them in games even when they’re not at their best. This was very evident on Sunday when they very nearly came back from a 20-point fourth quarter deficit. And, even if Washington manages to win this thing, Odell Beckham Jr. is still doing shit like this.

What Everyone Probably Should Be Talking About: Steelers 30 – Seahawks 39

Seattle was involved in another hugely entertaining shootout with a fellow Playoff contender this week. Pittsburgh destroyed Seattle’s secondary through the air with Ben Roethlisberger throwing for more than 450 yards. There’s a clear pattern developing against Seattle’s defense and this incarnation of the Legion of Boom – secondary targets getting wide open and having huge days.

Markus Wheaton had a career day, reeling in 9 catches for 201 yards. Meanwhile, Antonio Brown, perhaps the best receiver in the League and President of the Always Open Club, was held to a modest 51 yards on 6 catches. Seattle’s defense hasn’t fallen off as far as some claim, but they’re hardly the dominating force we’ve grown accustomed to seeing. On the other side of the ball, they’ve scored 103 points in the last three weeks. Thanks to big contributions from rookie running back Thomas Rawls and veteran QB Russell Wilson, the Seahawks have their offense back. And that should scare the hell out of the rest of the NFC. Sitting at 6-5 with suddenly great-looking playoff odds, Seattle may be rounding into form at exactly the right time.

After a miserable 1-5 start that included losing superduperstar Jamaal Charles to a torn ACL, the Chiefs have ripped off 5 wins in a row to go from dead in the water to AFC wildcard favorites. The key to Kansas City’s revival has been improved play from Quarterback Alex Smith. Smith’s first three games were disastrous, but Sunday marked his 8th straight game without an interception. Andy Reid’s offense doesn’t ask him to do very much. He has to make simple throws on quick reads and take care of the ball. He’s been brilliant in executing that strategy during their five game win streak, during which Kansas City has scored a healthy 160 points. Catching the Broncos is too much for Chiefs fans to expect. They still sit 3 games back in the AFC West with only five games remaining. Still, the Chiefs have been right up there with the NFL’s best teams during their winning streak. It’s nice to see the League’s biggest disappointment of the early season turn it around.

Your “Football is the Worst” Moment of the Week: Vikings 20 – Falcons 10 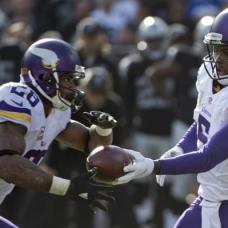 While the Chiefs started 1-5 and subsequently won five straight, the Atlanta Falcons, they of the 5-0 start, are 1-5 in their last six games and now face dubious playoff odds. Minnesota is following a familiar script to a possible playoff berth: solid defense, American-sized portions of Adrian Peterson, and a quarterback who won’t actively sabotage the team. If one were to put together a playoff campaign for them before this season, this is more or less exactly what it would have looked like.

Atlanta, on the other hand, was counting on a big year from Matt Ryan and their offense and Ryan has looked quite poor for weeks. Perhaps the most baffling thing about Atlanta’s drop-off has been that there doesn’t seem to be much of a reason for it. Sometimes regressions are easy to see coming: a team’s schedule gets more difficult, they have unusually good luck recovering fumbles, they keep eeking out close wins, just to name a few examples. None of that really applies to this year’s Falcons. Their five losses have come against New Orleans, Tampa Bay, San Francisco, Indianapolis, and Minnesota, none of whom rank among the NFL’s best teams. Their schedule doesn’t get any easier with two of their remaining five games against the undefeated Panthers. What a letdown Atlanta has been this year.

AFC South Update: Because Someone Has to Win, I Guess. 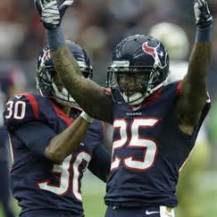 The Colts and Texans both won this week to improve to a surprising 6-5. Matt Hasselbeck continued his strong relief work for the injured Andrew Luck. The Texans have surprised people by making this division an actual race, but they face a brutal stretch in the next three weeks with games against the Bills, Patriots, and Colts. These next three weeks will define their season. If they can steal one of those games against Buffalo or New England and then beat the Colts in that all-important week 15 head-to-head matchup, they’ll be in good shape to make an end of season run with relatively friendly games in their last two weeks against Tennessee and Jacksonville.

One of these two teams will host a playoff game. The League may have to re-examine the way playoff seeding works.

Ravens 33 – Browns 27: This game meant nothing apart from perhaps some serious fantasy football implications, but … good God, Cleveland. You want to think this is the bottom of the barrel, but don’t worry, the Browns will make sure that it isn’t. They’ll find some way to outdo themselves.

Bears 17 – Packers 13: I never thought I’d see the day when an Aaron Rodgers-led offense couldn’t score, yet here we are. Defenses have been able to zero in on Randall Cobb and the result has been Aaron Rodgers having to target guys who can’t get separation from defensive backs and can’t catch the ball on the rare occasions when they do. Jordy Nelson is a fantastic receiver, but I don’t think anyone thought that losing him for the year would have an impact this profound.

Jets 38 – Dolphins 20: The Jets have a tough remaining schedule with games against three teams who will likely still have things to play for (Giants, Patriots, Bills). But, this divisional win was a nice rebound game to halt a two game losing streak against fellow playoff contenders they missed the opportunity to bury.